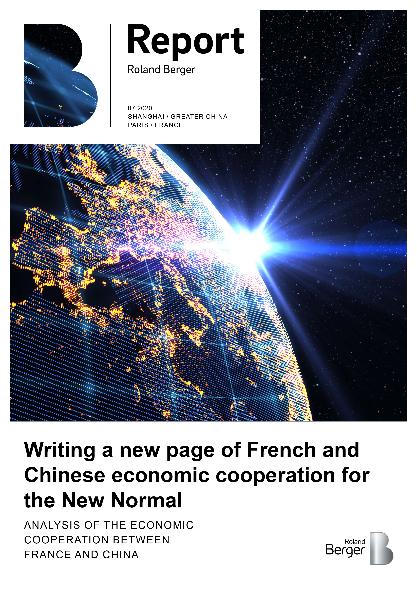 In 1964, France was the first major Western country to establish diplomatic relations with China in the midst of the Cold War. Since then, France and China’s relations have reached new heights. While France has made decisive contribution to China’s development and modernization, China has provided growth opportunities to French companies, fueling economic growth and employment in France.

How have French and Chinese companies benefited from this economic relationship? And what are the challenges and opportunities that French and Chinese enterprises face at a time when globalization is coming under increasing pressure due to the rise of protectionism and the Covid-19 crisis ?

Franco-Chinese economic cooperation in terms of trade, investment and economic output has matured swiftly as China evolves from a low value-added economy driven by export to a high tech and innovative economy driven by domestic demand.

Franco-Chinese bilateral trade has been amongst the most dynamic, reaching EUR 74bn in 2019, in third place after Germany and the United States. The trade balance is in favor of China due to the organization of global supply chains. However the growth of the Chinese middle class is fueling demand for French products. As a result, French exports to China have boomed in recent years, doubling between 2010 and 2019 to reach EUR 21 Bn.

Interestingly, Chinese investment in France has quickly gained in maturity. By focusing on key complementary areas such as luxury, food products and tourism, it has been able to create substantial value in France. Chinese investment has also helped to create more than 45,000 direct jobs. In addition, we now see an increasing number of companies such as Haier, Alibaba or Huawei developing local distribution, R&D and even production capacity in France.

Beyond trade and investment, China has become a major market for French companies. Many large French companies such as Airbus, LVMH or L’Oréal - but also smaller players such as Decathlon -have established leading positions in their industries. China today accounts for up to 30% of these companies’ global revenue, significantly supporting employment in France.

Cooperation in the field of research & education, culture and tourism have also developed at a fast pace over the years, with over 3,000 researchers, close to 40k students and over 2.2m tourists. Chinese tourism is estimated to result in 320,000 indirect jobs in France. These exchanges have also helped to build understanding between the two countries and make a strong foundation for more collaboration in the future.

Today, French and Chinese economic cooperation is at a crossroads. Many of the ongoing changes in the global economic system have been accelerated by recent major events such as mounting protectionism and the Covid-19 pandemic.

This is creating challenges for Chinese companies.

Firstly, there is increasing pressure in France to relocate production for some strategic resources and to support employment while protecting purchasing power. While global supply chains are unlikely to significantly change in the short term, this needs to be carefully taken into consideration by Chinese firms.

Secondly, companies such as Xiaomi or Huawei have made significant progress in terms of brand image and innovation in recent years thanks to new, attractive products. Nonetheless, French consumers generally still perceive Chinese products as being cheap and of low quality.

Thirdly, the French government has put in place stricter monitoring of foreign investment by extending the scope of sectors deemed sensitive. The shareholding threshold under which the French government’s authorization is required has also been lowered from 33% to 25% and even 10% on a temporary basis for 2020.

On the other hand, French companies are also facing challenges in China.

Despite significant opening in recent years in the automotive and finance sectors for example, many parts of the Chinese economy remain closed to foreign players. Full reciprocity has not yet been achieved as the Chinese market remains less open to French and European companies than the European market is to Chinese companies.

More importantly, French firms are finding it increasinglydifficult to do business in China due to strong competition from local companies in a very fast changing and unique business environment. French companies are less and less able to rely on superior products and brand images to secure market share and are finding it challenging to reach the high degree of localization needed to be successful in the Chinese market.

Moreover, as both French and Chinese companies need to further localize, they face common challenges related to cultural differences. They both have to balance the need to keep their identity while being able to adapt to local practices and attract local talent.

However, these difficult times also yield great opportunities for Franco-Chinese cooperation. Many of the challenges faced by Chinese and French companies today offer an opportunity to deepen their involvement in terms of maturity and reciprocity. The current economic slowdown and geopolitical tensions should encourage France and China to increase cooperation within a broader EU-China partnership.

This partnership should be built on reciprocity and focus on empowering European companies in China and Chinese companies in Europe. It should focus on the many areas where the French and Chinese economies have strong complementarity and can increase cooperation.

To list just a few, France has many champions in the fields of nuclear energy and environmental protection while China is a leader in solar energy.

France has historical expertise in healthcare, and China has a massive need to care for its ageing population and for innovative e-health solutions.

China’s expertise in digital solutions, related to home working, e-commerce, and mobile payments can help France increase the digitalization of its economy after Covid-19.

China and France could also work further together to help their start-ups cooperate and grow together, for example in the field of AI. France has high quality talent while China has the critical market size and an environment that fosters innovation.

Last but not least, Chinese companies can contribute to the relocation trend by transferring some of their production to France and supporting French companies in Industry 4.0 technologies, hence becoming truly global players with an international footprint.

This new cooperation for the “New Normal” can be achieved on a highly reciprocal and win-win basis, based on mutual understanding and respecting legitimate government and public concerns with regard to economic sovereignty and supply chain security. 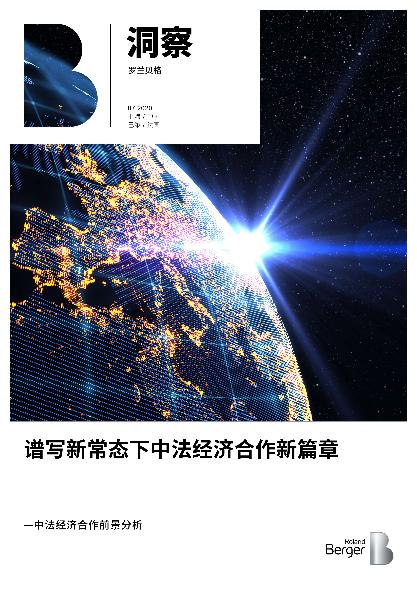 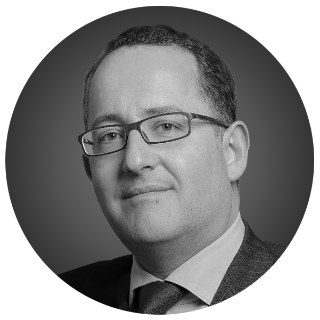 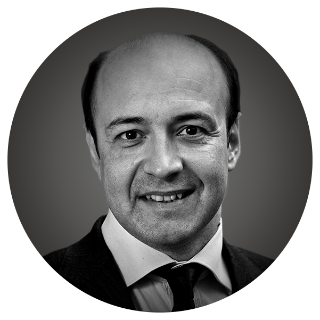