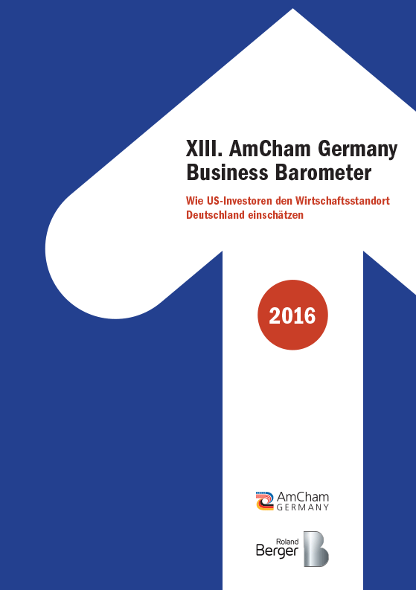 Today, one of the biggest concerns facing German companies is digitization. Can companies in Germany successfully navigate the transition to the digital future? And will this transition be accompanied by job loss, as some predict? Our report surveyed American investors in Germany to paint a picture of their outlook for 2016.

Our respondents were broadly positive about digitization in Germany. 88% of respondents believe themselves to be well or very well positioned in 2016. They expect above average growth in sales revenue, investments, and number of employees. Respondents were extremely happy with the high quality of Germany’s workforce (100% of respondents), its excellent supplier networks (93%), its advanced infrastructure (86%), and its potential as a research and development location (86%).

However, those surveyed also identified several key challenges in the digital transformation. Energy and labor costs, as well as taxation, were cited by respondents as major areas of concern. Investors also called upon the German federal government to increase support for startups and entrepreneurship and to streamline the work permit application process for skilled foreign laborers.

These concerns aside, those surveyed were not worried that digitization would result in net job loss. Rather, they predicted that certain areas of job loss would be offset by growth in other places. Only one-third of those surveyed predicted that digitization, through decreased transaction costs and streamlining of remote collaboration, would result in increased outsourcing of jobs.

Germany is approaching the era of digitization in a good position. Its economy remains one of the most stable in the world, and it boasts a highly sophisticated workforce and advanced infrastructure. Our report indicates that American investors in Germany have a positive outlook for 2016, and if certain concerns can be addressed, such as looser foreign employment requirements and enhanced federal support for startups and entrepreneurship, Germany is well-positioned to make the leap into digital. 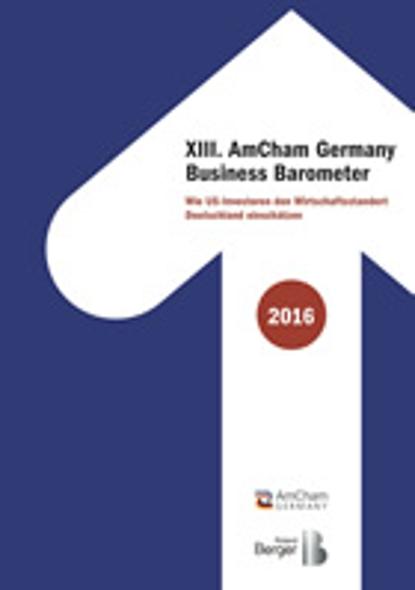 Our report surveyed American investors in Germany to paint a picture of their outlook for 2016.