Axelle Lemaire is Global Head of Terra Numerata, an unique and open platform bringing together the finest digital players, with more than 70 partners as of today (startups and technology companies…) offering the best of digital and open innovation to Roland Berger's clients.

Axelle spent many years in London, where she worked as a researcher to a British Member of Parliament, before being elected as a parliamentarian to represent the French people living in Northern Europe in 2012. At the French National Assembly, she was specialized in innovation and digital policies. A member of the Legislative Committee and the European Affairs Committee, she drafted the first parliamentary report dedicated to the European Digital Strategy.

Axelle is a public figure in France – She has a wide experience in digital subjects and covers a broad spectrum in this field from data strategy, digital transformation, online privacy, to artificial intelligence ... She helped scale the French Tech ecosystem of startups and initiated the national artificial intelligence strategy. She received the European Prize for Political Innovation in November 2017 for bringing collective intelligence methodologies to politics, and was awarded the Woman in Business award in 2018.

A Graduate from Sciences Po Paris (1997), holding a Master's degree in international economic law (Paris II - 2000) and a LLM diploma (Kings College London - 2003), Axelle began her career in a law firm and as a researcher and teacher at University.

In parallel with her business activities at Roland Berger, Axelle continues to be involved on topics related to education, civic tech and technologies for the benefit of the common good (tech for good). She is the mother of three children aged 13, 8 and 3. 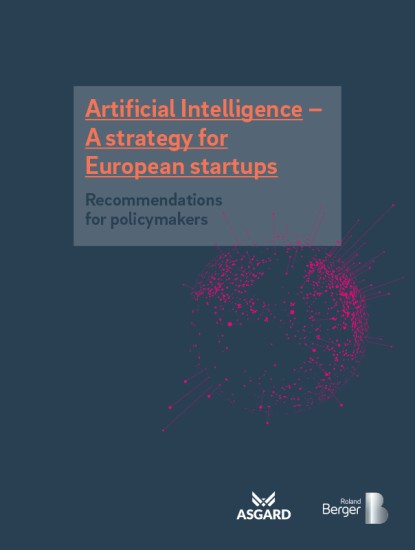