(R)evolution of the automotive ecosystem

Industry players all agree they face a fundamental shift in consumer attitudes toward the automobile. At the moment, though, there are more questions than answers – who will earn money selling what kind of products or services?

The three overarching trends that will drive the industry are commonly known and are expected to give birth to new business models. It is about alternative propulsion systems, driverless and connected cars and shared economy.

Based on the number of kilometers driven globally, as well as customer preferences and availability of technology under certain assumptions, it can be anticipated in which direction demand would migrate as well as its extent for different scenarios can be calculated.

One of those possible scenarios could be that providers of electric “robocabs” capable of fully autonomous driving could already seize control of more than one third of the worldwide automotive mobility market by 2030. The key message hereby is that customer demands could be highly differentiated as soon as technologies are available. Our simulation shows that the demand for individually owned cars, the conventional business for incumbent players might decline by almost 30 percentage points until 2030. 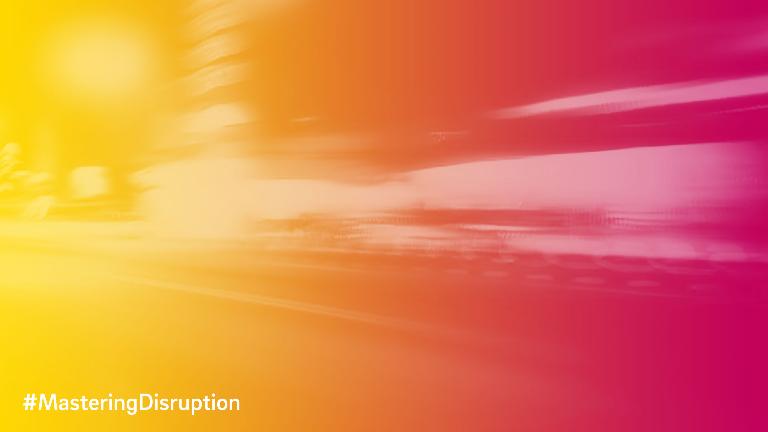 #MasteringDisruption in the automotive industry

So far, automakers have only begun to react...

The industry has not faced disruptive change over the last 100 years and additionally has to master structural problems like overcapacities and legacy costs as well as the slowdown in China and the knock-on effect in other emerging markets.

With the advent of electric cars and autonomous driving existing barriers in favor for automakers are eroding and new players see the car as just another frontier. So far, automakers have only begun to react to those developments with new services built around their core product.

Moreover, incumbents initially underestimated the new market participants such as Tesla for example. Tesla has shown that it is feasible to build a competitive fully-electric vehicle from scratch within significantly lower development time than traditional players are capable of.

The entry of Tesla as well as other major Silicon Valley corporations like Google or Uber with their almost inexhaustible financial resources threatens the industry and could lead to OEM and industry giants playing roles very different from the ones they play today.

In our opinion, there will be five main strategic archetypes that could characterize the future of the automotive industry:

That's how to master the transformation

At present most of the OEMs prefer the option of integrating certain activities that move in the direction of Mobility Service Providers to avoid shaking up their existing business model too much. But moving slowly bears the risk of ending up stuck in the middle. There are five paths to master the transformation:

All in all, whoever wants to still be at the forefront of the industry in 2030 has to sit down and consider today making the decisive changes needed to 2017 investment plans.

Let us help you to master the transformation