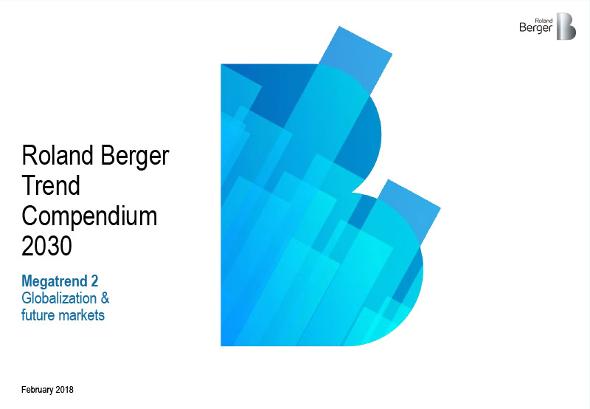 Globalization is a multifaceted process not limited to economic effects — political and social aspects are closely intertwined. But globalization has both proponents and critics. As the U.S. presidency of Donald Trump shows, the progress of free trade agreements and thus globalization strongly depends on the accordance and objectives of political leaders. In an interconnected world, migration constitutes one major facet of globalization with a strong impact on society and political debate.

Globalization, economic growth, and foreign markets — if the right balance is achieved, international structural transformations offer rewarding investment and sales opportunities. This is a key finding of our research into globalization and future markets, part of our expansive analysis of the global megatrends that stand to challenge countries, societies, and economies. As globalization is set to continue, dominating both advanced and emerging economies, we take a detailed look at the ongoing economic integration, the rise in international exports and foreign direct investments, as well as the effect of major regional and bilateral trade agreements.

The global middle class is growing thanks to rising GDPs and household income — a trend that is set to drive an increase in demand for international brands and frugal products. In advanced economies, exports are expected to grow faster than GDP, however the opposite is true for developing markets. After examining the future of globalization, we zoom in on specific and important country clusters. First, the BRICS countries, where a staggering 100% increase in real GDP in PPP is anticipated between 2015 and 2030. China and India are set to be the powerhouse players in this increased share of worldwide GDP and disposable income. Beyond BRICS, we also examine key characteristics of MINT, MIST, and Next 11 countries, whose rapidly growing GDP as well as an expanding middle class make them stand out as economic clusters of opportunity in particular when considering additional or future international sales and investment strategies.

From new trends in consumer expenditure to minimizing risks, globalization and future markets is one of seven megatrends featured in Roland Berger’s sought-after Trend Compendium 2030. This publication offers expanded insights into globalization topics and seeks to provide market leaders with the critical knowledge they need to advance their businesses.