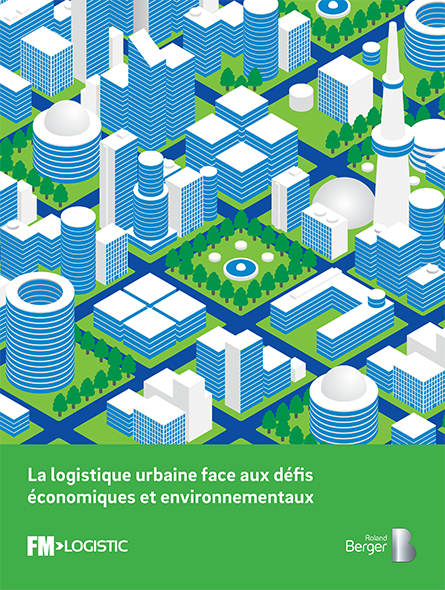 By Gabriel Schillaci and Didier Bréchemier

On the one hand, the Covid-19 crisis has drawn attention to the crucial challenges of securing the supply chain, and on the other hand, it has accelerated and made more complex fundamental trends relating to consumption and distribution methods that are increasingly demanding, innovative, and subject to higher customer expectations in terms of Social and Environmental Responsibility (SER). At the same time, freight transport flows are part of an increasingly saturated urban ecosystem and at the heart of public health and ecological issues. These changes have major consequences in particular on the management of flows, returns, waste, and packaging. Therefore, logistics transporters and public authorities must encourage the emergence of a new model that is more sustainable, responsible and that serves the end customer.

The growth of urban logistics is going to strongly accelerate in the years to come. Each day, one out of ten people receive a package and the logistics market increases by 5% per year. By 2030, dense urban deliveries would increase by 8% per year according to the scenarios envisioned in thirteen countries. By 2050, worldwide urban cargo would increase by 2%.

Within the urban category (cities), the dense urban area is particularly saturated. Dense urban areas represent 5% of the population, i.e., 3 million people within the urban category in France and less than 1% of the area around five large cities: Paris, Lyon, Marseille, Nice, and Toulouse. These areas are, on average, 4.4 times denser than other large French cities and their congestion rate is in excess of 30%.

B2C now defines the needs of logistics as much as B2B. The B2B sector represents 80% of the logistical flows to dense urban areas in France, but B2C, led by the growth of food and non-food-based e-commerce, is developing and is profoundly changing the standards for home delivery.

The dense urban population is the no. 1 target for at-home delivery services as it is characterized by purchasing power higher than the national average, limited motorization, and strong time restrictions. In Paris, more than 60% of the population chooses to have their food delivered, compared to 37% throughout the rest of the country.

Customers expect companies to make significant efforts in terms of costs, lead times, practicality, and flexibility. This trend is exacerbated by the one-upmanship of stakeholders, including Amazon Prime, and the development of “superfast” delivery services that change the frame of reference for waiting times.

Finally, the Covid-19 crisis has had consequences on the densification of urban logistics notably through an acceleration of the penetration of online food trade and the development of alternative modes to home delivery.

The increasing intensity of logistic flows causes pollution for the population. Logistics vehicles represent 20% of urban traffic and are responsible for 30% of pollution in cities.

Faced with these nuisances, cities have developed several types of solutions to regulate logistics flows and to take them more fully into account in the development of their policies (e.g., traffic restrictions in certain areas; encouraging the conversion of utility vehicles to less polluting energies; establishing urban tolls for freight)…

Issue 3 – The intensification of French and European legislative frameworks

Furthermore, urban logistics stakeholders are faced with major changes in regulatory frameworks, accelerating the migration of their fleets to vehicles that are more environmentally friendly. In France, for example, the Mobility Orientation Law (2019) plans to make “mobility greener,” ending the sale of “fossil fuel” vehicles by 2040. In Europe, other cities have initiated similar approaches. Since January 1, 2020, diesel vehicles have been prohibited in the streets of Copenhagen and Oslo.

Issue 4 – A pool of jobs to professionalize

The Covid-19 crisis obviously accentuated the essential contribution of logistics to the country’s economy as well as the importance of urban logistics for city businesses. Urban deliveries create jobs, which are often controversial given the precarious nature of their contracts and working conditions. Regulating these jobs is therefore crucial to guarantee a minimum protection for people, more permanent contracts, and enhanced training for delivery drivers.

2. Recommendations for rethinking and increasing the efficiency of logistics flows within metropolises

Moving from “silo” thinking to efficient collaboration through the establishment of common standards. The efficient, reliable, fast, sustainable, and transparent transport of goods, firstly within city centers and then within the EU, requires:

Develop new collaborative approaches that do not distort the competitive environment of the logistics sector, as long as the whole ecosystem operates according to common standards. Different solutions can be implemented:

Use existing infrastructures more intelligently, for example by exploiting verticality, or their temporary availability. Several tracks can be pursued, such as:

What are the new emerging models for logistics professionals? What are the priority areas for investment in new technologies and green transportation? How can your company optimize its business model to meet customer expectations in a context of urban saturation and legislative inflation?

If you want to know more, please do not hesitate to contact us. We would be delighted to discuss the subject with you.

Covid-19 has accelerated more complex fundamental trends relating to consumption and distribution methods that are increasingly demanding, innovative, and subject to increased expectations in terms of Social and Environmental Responsibility (SER) on the part of customers.