Made in China: The Pearl River Delta area is experiencing a growth spurt in ambition and tech

For decades, China's Pearl River Delta has been building up the foundations to emerge as a technological powerhouse on the global stage. Now with an ambitious new government master plan in place, many are asking if the region's time has finally come.

Move over, Silicon Valley. You now have a serious new rival in Asia. China's Communist Party is hard at work to make the Pearl River Delta the new economic powerhouse of the future. A master plan to develop what is known as the "Greater Bay Area" combining the two special administrative regions Hong Kong and Macao with Shenzhen and eight other Chinese cities has recently been published.

There is no doubt about the ambition. It is to make this bay area "the world's No.1." That's what the Chinese state media is saying, to quote Zhang Xiaoqiang, the vice director of China's powerful National Development and Reform Commission, or NDRC, adding that China's Great Bay Area will surpass "Tokyo, New York and the San Francisco Bay Area" by 2030. To experience the scale of the plan – and China's hard-edged resolve – drive over the Hong Kong-Zhuhai-Macao Bridge. At 55 kilometers in length, the new construction is the longest sea crossing in the world, spanning the waters of the Pearl River estuary and crawling across four artificial islands like a long dragon which, at one point, dives into a sea tunnel.

Going across is an experience. Most passengers are not allowed to take their own cars, but instead walk through security and immigration inside a huge terminal building that resembles a modern airport. After printing a pre-ordered ticket from a QR code on their smart phones, they are directed to a bus terminal and asked to fasten their seat belts in one of the buses that leave every five minutes. Passengers are then driven from Hong Kong to the opposite side of the delta, situated between the cities of Macao and Zhuhai, in about 30 minutes. The bridge clearly serves as a political statement, heralding the final integration of Hong Kong with the Chinese mainland. But it has cut the travel time across the lower part of the delta triangle. Alongside high-speed rail links between Hong Kong, Shenzhen and Guangzhou, the bridge is the most visible part of massive infrastructure investments in the area. When Hong Kong's status as a "special administrative region," a colonial legacy, ends in 2047, everything needed for the free flow of goods and people will already be in place.

But "No. 1 in the world"? Is that really possible? "I think it may happen," says Professor Alain Bertaud from the Marron Institute of Urban Management at New York University. "The condition is that the Chinese manage to find the right means of transportation for the area, a combination of rapid rail and individual transport. Some people are already comparing this to London during the Industrial Revolution." Bertaud has studied megacities and city clusters around the world and found that their productivity is usually higher than that of other smaller cities. "The reason is the efficiency of large labor markets," he says. Even the internet can't replace the boost in productivity that happens when people meet in person or when workers can choose from a wide selection of employers within an hour commute radius. Combine that with what Bertaud learned on the ground when he worked as the principal urban planner for the World Bank in Shanghai decades ago: "The Chinese are extraordinary administrators."

Artificial cities: a recipe for success?

Cities designed on the drawing board have had mixed success in the past – sometimes the people just don't follow. Many planned utopias have failed, including a number of cities created by Soviet planners and which the ­Russian government would now love to shut down completely.

But what about the success stories? How to explain the sustainable development of places like St. Petersburg, Brasília or Shenzhen, all of which grew out of the idea of creating a thriving metropolis? "Their locations were chosen because of geopolitical ­necessities, and all of them had the backing of strong rulers," says Alain ­Bertaud, ­professor at the Marron­ ­Institute of Urban ­Management in New York. Sufficient funding is necessary for such "new towns" to nurture a diversified labor market that can support a healthy economy.

Bertaud, however, dares to predict that China's plan to ­develop the Greater Bay Area will belong to the winners among the artificial city candidates. "The Chinese are extremely good at this. Also, their plan is about adding the right infrastructure to an existing city cluster."

The Greater Bay Area, or GBA, with its bridges and speed trains, is already a formidable economic powerhouse. About 70 million people currently live in the area, in the 11 cities of Hong Kong, Shenzhen, Macao, Zhuhai, Guangzhou, Dongguan, Jiangmen, Foshan, Zhongshan, Huizhou and Zhaoqing. The delta, which makes up only about 1% of China's territory, already produces 37% of the country's exports and 12% of its total GDP. It already has more people than Italy producing a bigger GDP than Indonesia.

In a high-rise office overlooking the busy Hong Kong harbor, Kelvin Lau extrapolates such figures into the future. A senior economist with Standard Chartered Bank, he watches the GBA. "We believe there will be productivity gains due to the increase of the population, which some forecasts see growing from the current 70 million to 100 million by 2035," he explains. "It's about unblocking connections between people, information, goods and capital. The bigger the size of a city, the easier it becomes to match business needs."

A short subway ride from the financial district, in Hong Kong's Quarry Bay, analysts monitoring China for the Economist Intelligence Unit (EIU) are more skeptical. Nick Marro, one of their experienced China-watchers, points out the current hurdles for China's bay area integration, which are plentiful. "The government of mainland China has very strong capital controls in place. Hong Kong's capital account, however, is almost completely liberalized," he says. In other words, a lot of regulations will need to be relaxed in China – or tightened in Hong Kong – to achieve a better flow of capital in the region. "You can say the same about the movement of people (visas) to the movement of goods (customs) and so on," says Marro. "Until a lot of these technical questions can be ironed out, they will constrain the potential that this master plan could offer the region."

Hong Kong, however, is only one part of the puzzle. Take the East Line subway north to Shenzhen. It was a simple fishing village a few decades ago, but now it's a modern city with over 10 million inhabitants and has become China's undisputed center for information technology and innovation. It is already home to a lot of China's most innovative technology companies, among them the telecom giant Huawei, a leader in 5G technology, its rival ZTE, or DJI, one of the world's most successful makers of commercial drones, and China's leading internet services company Tencent. Shenzhen is also the home base for thousands of agile tech startups.

When Beijing's master plan talks about turning the Greater Bay Area into "a global technology innovation center" and boosting its "advanced manufacturing and modern service industries," there is a foundation already in place. No wonder David Li, founder of the Shenzhen Open Innovation Lab, finds himself spending so much time introducing visitors to the ecosystem of startups, incubators and accelerators springing up in Shenzhen. "They come to have a look at the future," he says, "but what they find here is very different from Silicon Valley. Startup entrepreneurs here in Shenzhen do things, they don't talk. They don't run around in hoodies and give you fancy PowerPoint presentations." According to Li, who has worked in an internet startup company in the US, the typical founder story in Shenzhen could not be more different from what he calls the "Silicon Valley myth of two kids in a garage changing the world."

What sets Shenzhen apart is that it offers tech companies complete supply chains, from innovative ideas and new patents to industrial design and manufacturing. "Shenzhen has stopped long ago to be about copycats, there is huge innovation going on here, but it takes decades to change people's perceptions," says Li. "Take smartphones. All makers in Shenzhen together have about 65% of the world market share, as opposed to Apple having about 19%. And we are talking brands here, not production. Shenzhen not only has Huawei and ZTE, it has Oppo, Vivo, OnePlus, Tecno, and other mobile phone brands shipping millions of units that nobody even talks about."

A typical startup success story is Enmac, says Li. "Enmac was founded by a young Pakistani who came here, took a mobile phone and added a digital compass and an alarm that rings five times per day. For muslims, this phone can always tell them exactly where Mecca is, for their daily prayers. Now Enmac is shipping millions of units to the Middle East per year. You take something, you make it useful for others, you make money with it. That is how innovation works in Shenzhen," says Li.

Just as in Silicon Valley, many young innovators in the Greater Bay Area today are graduates from top universities. Take Zhang Jiuzhou, co-founder of a flourishing Shenzhen startup. The 31-year-old receives visitors in a stylish white room complete with that requisite startup toy: table football. "I took the train to Shenzhen in 2010 while I was still a student in Shandong. Now our industrial design company Xivo has 80 employees and is one of the fastest-growing startups in Shenzhen," says Zhang, who invents and designs gaming robots for Tencent and stylish speakers for Maowang. Zhang admits he barely noticed the Greater Bay Area announcement, but tries to offer something constructive. Li gives more context: "Entrepreneurs here are too busy making money to worry about politics, and anyway, innovation in China happens mostly bottom-up, not top-down."

Still, with a tech powerhouse like Shenzhen, a global financial center like Hong Kong, a manufacturing hub like Dongguan and huge consumer markets like Guangzhou all growing closer through infrastructure and real estate developments, it is fair to assume that the plan is going to have some impact. While China's Greater Bay Area may not become the most affluent region on earth, it may very well become one of the most affluent. "In 2018 the GDP of the entire GBA was about $1.7 trillion, and we expect that by 2030 total GDP will easily exceed $3.3 trillion," says Marro. And with a growth trajectory like that, there is no denying that Silicon Valley now has a serious rival in the East. 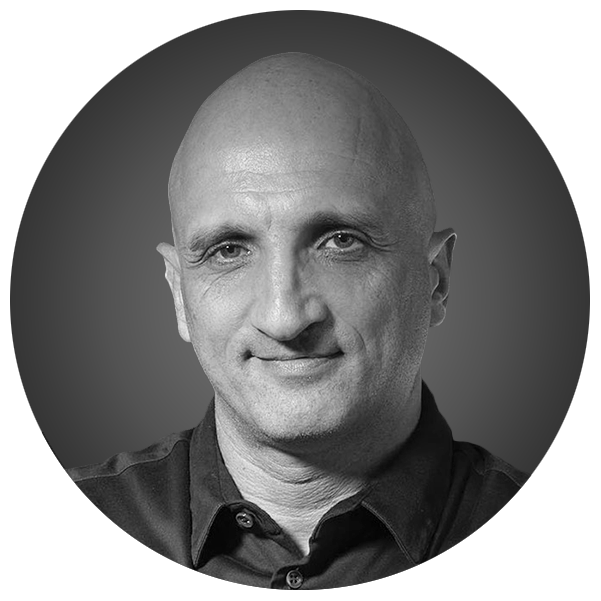