Growing populations, traffic congestion and air pollution are challenges facing cities small and large all over the world. These problems could be solved with digital technologies embedded in a Smart City strategy. For example, e-mobility services in a Smart City would be integrated into intelligent traffic management systems and powered by smart electricity grids. Urban centers thus need to think integrated if they want to link up individual actions into a successful Smart City strategy. This is one of the findings of the second Smart City Strategy Index, an analysis of 153 cities around the world conducted by the experts from Roland Berger.

Vienna tops the index for the second time running. "The Austrian capital ranked first because of its integrated framework strategy and innovative solutions for mobility, the environment, education, healthcare and public administration, as well as a system to monitor the progress of the individual projects," explains Thilo Zelt, a Roland Berger Partner. London comes second in the ranking, but on average, it's mainly Asian metropolises that demonstrate the most compelling Smart City strategies.

The number of cities with a clear Smart City strategy has almost doubled in the past two years, rising from 87 to 153. However, 90 percent of these cities still do not have an integrated Smart City strategy. Even then, strategy is only the first step – it's the implementation that really counts.

Vienna scores well on its advanced e-health offerings, for example, and is the first city in the German-speaking world to offer open public data. London is equipping lamp posts and benches with functions like public wi-fi, air quality sensors and electric vehicle charging points. Singapore, for its part, is piloting a National Digital Identity scheme in the form of its "SingPass" authentication system and is also installing smart lighting, autonomous shuttles and telemedicine solutions.

There is still a great deal of work to do on strategy implementation. "Often that's not the fault of the strategies themselves, though. It's because responsibilities are unclear – in many cases there is no coordinating function equipped with the right expertise to drive the project forward," notes Zelt.

Central decision-making entities, such as London's Chief Digital Officer or Vienna's Smart City Agency, are what cities need here. They pool technical expertise and manage projects centrally, as well as coordinating the divergent interests of the city, the government and the service and solution providers.

Coordinating all of the involved groups is one of keys to a successful Smart City strategy. A transparent legal framework is another. "There must be a legal framework in place to protect all of the data gathered. And cities must develop the infrastructure to enable themselves to actually use the data," says Thilo Zelt. 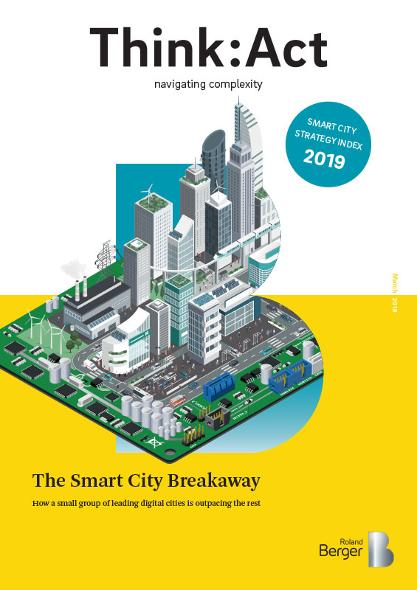