Think:Act Magazine Complexity
How smart can a city get?

Meet the pioneers among smart cities

High-tech metropolises are being built from the ground up. But what's it like to live in one? Take a glimpse into Chantal's life in South Korea's Songdo IBD – then jump halfway across the world to see how an older city like Vienna is smartening up.

The screen in her apartment tells Chantal F. that today will be cloudy, traffic in the city is running well, pollution is low, the elevator is working and the family's energy consumption is on track. If she needs it, the screen connects her directly to the building caretaker, the local medical services or the council. She can look up recipes or join an exercise class from her own living room.

Chantal lives with her family in Songdo International Business District (IBD) in South Korea, a city that has grown from nothing in a few short years and is now described as one of the world's smartest cities. Every home in Songdo is fitted with a similar screen. Called a telepresence unit, the idea is to provide a new way to deliver education, health care and government services directly into people's homes.

In Songdo, nearly every aspect of life is digitally networked. Currently home to around 36,000 residents, its developers, Gale International, consider it "the model for next-generation cities." Chantal and her family moved here from Germany, two years ago, to an apartment in a 47-story, glass-clad building. On one side, they look out over the brand new city and its green spaces; on the other, over empty land where building work is just beginning. "Songdo is changing rapidly, even in the short time we have been here," she says. "Coming from old Europe, I had to adjust to living in a place that is so new. In less than 11 years a whole functioning city has arisen."

Screens play a big role in the lives of Songdo's residents –in people's homes, outside on the streets and buildings and, of course, on smartphones. "You can get help anywhere," says Chantal. "You never feel alone. At the press of a button there is always someone to talk to." Meanwhile at the U-Life Center – the city's nerve center – a wall of screens streams real-time footage from CCTV cameras located throughout Songdo, monitoring everything from traffic to crime. "If a child got lost here, they would be spotted quickly," says Chantal.

Smart initiatives like these have been on the rise in cities around the world. "We have been talking about smart cities for some time. Now we are seeing them being implemented. Cities are starting to take the first steps to actually realize something," says Thilo Zelt, partner at Roland Berger and author of "Smart City, Smart Strategy", a survey of smart cities around the world that ranked Vienna at the top.

Many of the start initiatives being tested are aimed at solving the usual problems of daily urban life – traffic congestion, pollution, crime, the high cost of living – but today, cities face new challenges as well. Over half of the world's population already lives in urban areas, with that figure predicted to rise to 70% by 2050. The strain on infrastructure and the environment cannot be ignored.

"To meet today's challenges, cities have to be more efficient with resources, more adaptable and more resilient. Smart solutions can help squeeze more efficiency out of the system," says Lean Doody, who is the smart cities lead at professional services group Arup. Globalization brings yet another pressure – it means cities increasingly compete with each other to attract talent and investment. "Technology can play a role here too, in economic and social development and helping cities to differentiate themselves," she says.

Take Barcelona – the city has decided to turn itself into a platform for businesses to experiment in urban technology. It is home, for example, to Worldsensing, a tech company that has pioneered the use of the internet of things to design parking management and traffic monitoring solutions. In Rio de Janeiro, one part of the city's smart strategy is a community warning system. The new Rio Operations Center monitors conditions across the city in real time, enabling the authorities to respond more effectively to natural disasters like flooding while also bringing down crime rates – all of which makes the city more attractive to tourists and investors.

Built on reclaimed land to South Korea's Incheon International Airport, Songdo International Business District has been designed to showcase the latest in sustainable design and urban technology. Many buildings are LEED- certified (Leadership in Energy and Environmental Design), 40% of the city is green space and a network of pipes takes household waste from homes to a processing center for recycling. Throughout the city, sensors monitor traffic, altering signals to prevent congestion and helping to control the public transport systems.

2 Reducing the cost of living

The Home net automation system enables residents in all of Songdo's apartments to control lighting, air-conditioning and ventilation from a digital control panel, monitors use and compares it with others on the grid. Tracking actual consumption helps raise awareness, change behaviors, reduce energy consumption and lower the cost of living.

Citywide free Wi-Fi means Songdo's residents are always connected – whether in transit, shopping or socializing in public spaces like Meet-You-AllTower. But it's not just people that are connected. Refrigerators communicate directly with supermarkets, getting groceries delivered to the door in a matter of hours.

Cisco's Global Center of Excellence in Songdo drives digital innovation by bringing partners, customers, government and startups together to co-create solutions across every aspect of city life.

The approaches vary greatly and the interpretation of the concept itself differs from city to city," says Zelt. "Some see it as sustainable urban development, some see it more narrowly as smart solutions for energy and mobility. I believe the key is that smart city strategies should be comprehensive – not just isolated digital solutions."

Carlo Ratti, director of MIT Senseable City Lab in Boston, USA, and founder of design and innovation office Carlo Ratti Associati in Turin, Italy, believes a lot can be gained by using the real-time data generated by cities. "Data means that we know more about our environment and about the consequences of what we do," he says. Trash Track, a project his team ran in Seattle, tagged individual items of domestic refuse and followed them as they moved through the sanitation system. "We learned that the simple sharing of information through visualizations can promote behavioral change," says Ratti. "People involved in the project were able to follow their trash and this led some of them to embrace more sustainable consumption choices."

Not every city has the benefit of starting from scratch. It is more usual to have to find ways to introduce new technology into existing infrastructure. This requires good leadership at the political and civil service level, according to Doody. "It's not well understood yet how to do this. Unlike land use planning, which we've been doing for over 100 years, we haven't established processes yet – we're still in pioneering days." Yet one thing is clear – it requires participation from all the stakeholders to devise and implement a successful smart strategy. "Citizen involvement, stakeholder dialogue, and public-private partnerships are important," says Zelt. "The biggest error for cities is to try to do this on their own. They should especially engage with local industry, bring them to the table from the start." An equally important factor for success is consulting and engaging with citizens – like Vienna, for example, which has involved its residents from the beginning, making it more likely that they get political support to push through disruptive changes.

The pitfalls of avoiding this advice become clear as you listen to Chantal. "At first we found the screen entertaining. But it is all in Korean and we often don't know what we are doing. We had ceiling lights going on at 4am." The family has slowly cut out the technology they feel they don't need. "Some of it is practical, but we don't like to feel too dependent on it," she says. For example, she has dispensed with the smart refrigerator, preferring to do the shopping herself.

A more fundamental issue for Chantal is the presence of so many screens. "It's annoying that you can't switch off the screen in the apartment and the presence of so many cameras makes you feel you are always being watched," she says. On the other hand, she sees the positive side too: "You can leave your bag on a bench, go for a coffee, and it will still be there when you get back. I think as long as technology is used to manage the city better, it's a plus." 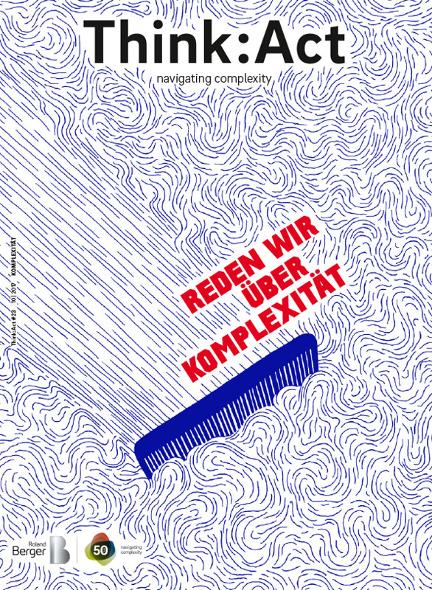