" Digitization leads to structural changes in our economy. We must therefore avoid the trap of focusing our attention solely on its net effect on the labor market. " 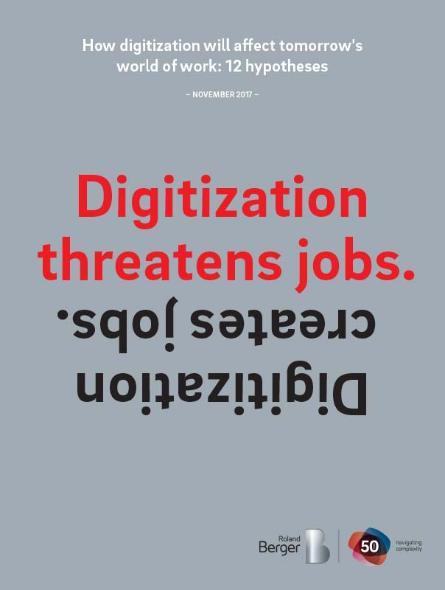