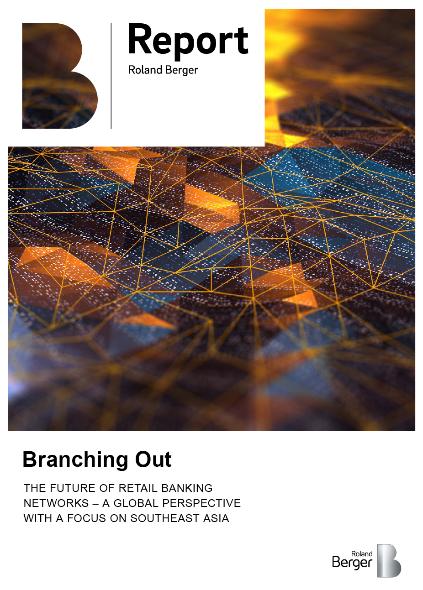 Has the bank branch had its day?

Changes in the way people bank, as well as the digitalization boom, mean banks need to radically rethink their branch networks over the next ten years. Should they consolidate or expand, and what factors do banks need to take into account? This report assesses the global situation, with a focus on Southeast Asia, and offers a framework for effective and efficient branch transformation.

In just the past few years, retail banking has been transformed. Traditional services centered around the bank branch have been increasingly sidelined as customers have embraced automated and online banking offerings. This trend is expected to accelerate rapidly over the next decade, leading to a tsunami of changes. Amid this shift, does the bank branch still have a future? This report aims to share views on how bank branch networks are expected to evolve in the next ten years, both globally and with a focus on Southeast Asia, and how banks should adapt their branch network strategies.

The changes to retail banking began in the 1960s with the introduction of the ATM. This hugely impacted the number of transactions performed by branch staff. Next, in the mid-1980s, telephone banking appeared, followed in the late-1990s by internet services. More recently, digitalization has taken hold, with the arrival of new fintech players and a sharper business focus on data and data tools, such as artificial intelligence. These shifts have irreversibly changed banking habits – it is estimated that the proportion of customers unlikely to use bank branches will reach 60-70% in the next decade.

Our research shows that in the past ten years, 67,000 branches were consolidated in mature markets (West Europe, East Europe, North America), while 139,000 branches opened in emerging markets (Asia Pacific, Middle East & Africa, South America). The difference is mainly due to divergence in branch density trends. Mature regions have shed expensive physical branches to cut costs as customers move online, while emerging regions have added branches to increase banking penetration in non-digitally savvy populations, among other factors.

Whatever the trend, branch networks are becoming increasingly irrelevant in driving growth in the banking sector. While customers still need banking services, they do not need to access these through branches. Indeed, the ratio of retail bank penetration (the ratio of a country's retail banking assets to its GDP) to branch density (in terms of the number of branches in one country for every 1,000 adults) increased in all regions between 2015 and 2020.

In Southeast Asia, we expect an 18% overall reduction in the number of bank branches. Reductions are expected in six markets (Singapore, Brunei, Malaysia, Thailand, Indonesia the Philippines), and increases in four (Vietnam, Laos, Cambodia and Myanmar). Future bank branches in Southeast Asia will likely move away from offering simple transactions and focus on higher value-add services. Exact roles will need to be tailored to local needs, with branches in affluent markets perhaps offering cafes to draw in customers and those in less affluent markets maintaining cash deposit services.

We conclude that banks must radically rethink their branch networks for the next ten years, preparing for a redesigned, repurposed and reduced network. Failing to do so will profoundly impact profitability, leaving oversized branch networks underutilized.

Register now to download the full report, including all insights into the future of branch-based retail banking, and get regular insights into financial service topics.

The future of retail banking: Platforms will increasingly occupy the customer interface

The platform economy is revolutionizing the banking sector. Retail banks must reposition themselves. Instead of the business model they operate now, a new direction is called for.

Thailand Banking Market – How can banks navigate through the pandemic storm?

Second issue of Roland Berger's series on the Thailand Banking Market, where we focus on the current and future impacts of COVID-19 on the banking sector in Thailand, and recommendations for banks to emerge successfully from this pandemic.