How Fuckup Nights gained popularity all over the world

When she was 20, her first company went bust. At 25, she dared to talk about it for the first time. Today, aged 30, Leticia Gasca shares the transformative energy of failure with the whole world.

Five years. That's how long it took before Leticia Gasca could talk about it on a rainy September evening and only after a whole lot of mezcal: back in 2007, the Mexican drove her startup, specializing in fair trade Indian ceramics, to the wall. "I was so ashamed. Nobody knew anything about how bad it really was," explains Gasca. Then four years ago, during an evening with friends at the Cantina La Nacional, she noticed, "Oh, wow, I'm not the only one, failure is actually normal."

One of the group began to talk about the things in his career that he had "really fucked up." Three hours and 10 rounds of mezcal later, they had all got something off their chests. "It was the most intense conversation we'd ever had," says Gasca. "It was an exorcism for us all." And it begged to be repeated. That same night, the group of friends formulated the rules: not too much chitchat, 10 PowerPoint slides and seven minutes' talking time would have to be enough. A maximum of three or four speakers. And above all, there should be plenty to drink. And what would they call the whole thing? "FuckUp Night."

The first six FuckUp Nights were essentially underground events among friends in Mexico City. Bars, parks and party cellars became improvised mini stages. The team then decided to advertise on Facebook and Twitter – the global FuckUp Nights movement was born. Enquiries suddenly flooded in from all over the world and eight weeks later, FuckUp Nights were already happening in 15 cities. Someone had to work on it full time, "otherwise the FuckUp Nights themselves would have become a FuckUp story," says Gasca. She quit her job as an editor at Mexico's largest business magazine and, six years after going bust, took on the top job at FuckUp Nights. "It was the best decision of my life," says Gasca, now 30.

Today, just four years later, Gasca has held FuckUp Nights in more than 50 countries and 150 cities and she can barely keep up with the inquiries from a growing list of well-known names keen to take part in the event: Zalando founders Robert Genz and David Schneider confessed how they botched the creation of a social network in Mexico long before they moved into successfully selling shoes online; and the founder of logistics provider Cargolifter, Carl-Heinrich von Gablenz, talked of why he had to give up on his dream of gigantic airships. Leticia Gasca often took to the stage herself to tell her story as well, despite the fact that she doesn't really like the limelight.

From its roots in California – failure parties have been de rigueur in the Valley for years – the idea of celebrating defeat has resonated around the world. The first FailCon, a conference for and about failures, was held in San Francisco in 2009 and now has spinoffs in Europe, South America and Asia. Even Uber Founder Travis Kalanick and PayPal Co-Founder Max Levchin have appeared there. Other events like Phoenix Rising or Failfest are also trying to turn mistakes into inspiring discussions.

Failure is indeed becoming popular: roundtable discussions on this have now become part of the standard program at conferences for young entrepreneurs. Institutions such as the Daimler and Benz Foundation and Acatech, the German national academy of science and engineering, discuss failure with managers. And innovation thrives in a "second chance culture." Astro Teller, the head of Google's semi-secret research and development facility X, encourages his team to tackle risky projects starting with the most difficult parts first – and both celebrates and rewards early failure.

Christopher Espadas from Mexico City found out that it's not a good idea to be both the CEO and CFO of your company, in his case Walaclub. Result: insolvency translating into $75,000 in tax liabilities. He had to serve 22 days in Reclusorio Oriente – the most notorious prison in Latin America.

American photographer and social entrepreneur Alex Eaton was supposed to shoot professional skiers on a heli-ski safari. After four days, he noticed he had loaded the film into the camera the wrong way around. All of it.

Mexican dancer Nadia Lartigue broke her leg one day before her premiere on the big stage in New York. Doctors told her that she would never dance professionally again, after which she developed a celebrated dance theory that is modeled on dancers that only have limited movement.

Failure as a model for success

Fail fast! Fail better! This new openness toward failure is not just self-help or PR for its own sake, but the only way to deal with the increasing uncertainty on the global markets. People need to learn quickly from their mistakes. "The costs of failure are much lower than the costs of opportunities not taken," says Christoph Räthke, Founder of the Berlin Startup Academy. It's always about the next attempt. "Companies that maintain a culture of openness toward failure are significantly more agile than those that clam up in the face of defeat," says Räthke.

"Agile companies carry out project debriefings as standard, to learn what went wrong," says Gasca. However, that happens all too rarely. "In most firms, it is still the case today that you will be fired if you report your own failures. However, it would be more important if companies were to write an annual failure report." Success stories in traditional reports only describe a maximum of half of the truth. "I believe in the transformative power of failure," she continues. And Gasca is living proof of that: without her own failure, there would be no FuckUp Nights today.

The start of a research project

And, unlike her first company, FuckUp Nights went viral. Gasca has even entered the field of research with the Failure Institute, which takes an academic approach to business failure and the reasons behind it. "At first, most people regarded us as figures of fun, but today we are taken seriously by all decision-makers," she says. What makes this little company so valuable is its unique wealth of data. If you want to learn how companies around the world handle failure, don't ignore the Failure Institute and FuckUp Nights.

"How often do you have to fail to get on the path to success?" is one of the most frequent questions Gasca encounters. A study from Harvard University says three times. However, you can also find other figures in the sparse literature available, says Gasca. What is exciting though, is how different the culture of failure is in different countries. While you are only likely to be taken seriously in the US once you've failed a few times in business, the fear of talking about your own failures is still widespread in Europe. In Mexico and Latin America it is still significantly worse than in Europe, but not as taboo as in Asia. There, success is a cultural imperative. "People simply don't speak about failure. Period. If you fail in Asia, you fail at all levels – as a businessman, as a friend, as a family member," says Gasca. That's also why the suicide rate after bankruptcy is higher than elsewhere, especially in South Korea and Japan.

It's not just cultures though; different industries also handle failure completely differently. "Banks are the worst," says Gasca. Interestingly, insurance and energy companies have already asked whether she and her team could organize internal FuckUp Nights for their staff. Despite the problems in certain industries and the different ways that failure is handled around the world, Gasca is at the forefront of a new culture of failure. "For our parents, admitting failure was a sign of weakness. Today, it's a sign of courage and experience. And I fully expect that we'll all think the same within 10 years."

Gasca is naturally thrilled by the awareness, "but we're not trying to drag every award-winning celebrity or group chairman onto the stage." Speakers should come from the widest range of industries and environments; it doesn't matter whether they are wellknown or not. "The only important thing is whether the audience can learn something from their story. We want to go wherever there is no safe place yet where failures can be shared with others." Gasca seems to be on the right track – even Tokyo has recently held FuckUp Nights. 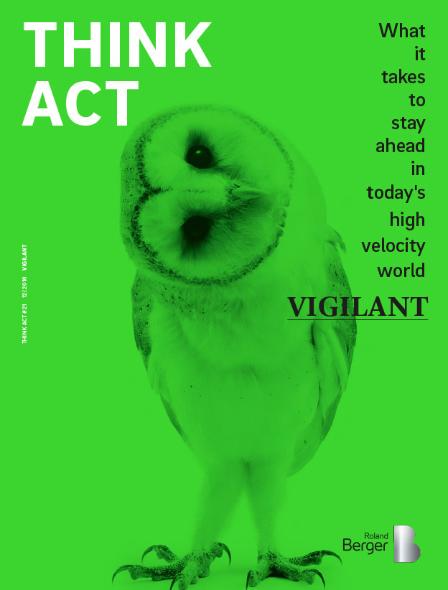