Think:Act Magazine "Own the Future"
The impatience crisis needs a management strategy

Society is facing the consequences of rampant impatience and self-centeredness. But it's not too late to reverse the tide.

For those who dream of a society that plays the long game, with careful investments in long- term collective goals, these might seem like the very worst of times. Ten years after the Great Recession demonstrated the risks of short-term thinking, the impulse toward immediate gratification and narrow self-interest seem just as strong as ever in our economy , our politics and our private lives.

The epitome of instant gratification for business – share buybacks – leapt to a new record of $1 trillion in commitments for 2018 and is expected to rise further still in 2019. In the US, personal debt is back to its pre-crash levels – total household borrowing has already exceeded the previous record of $12.68 trillion set in 2008. In the political world, the most troubling manifestation is the ascendance of populism, where opportunists and authoritarians promise quick fixes for complex social and economic problems. Individual behavior also seems to be growing more impulsive and self-centered. Witness the rise in cellphone-related car accidents on the one hand and the practice of "ghosting," dismissing personal and professional relationships without so much as an adieu, on the other.

And yet, amid this rising tide of impulsiveness, there are also more encouraging signs. Research and development spending, the key to long-term business health, is no longer on the decline. Alongside the populists are other political leaders who have begun mainstream crusades for large-scale responses to problems like climate change and inequality. We may not know how to address the crisis of short-termism, but we seem to finally recognize that it is, in fact, a crisis. And if we are indeed approaching some sort of tipping point, it wouldn't be the first time. The story of civilization is really the story of using the power of social institutions to mitigate the individual's inherent short-termism. From the first organized religions and agricultural economies to the rise of political systems and early capitalism, society has been able to incrementally tame individual impatience by offering a better alternative: Give up some of your self-centered, impatient behavior and society will give you a better shot at long-term, sustainable sustenance and security.

True, that agreement was never ironclad. Plagues, wars and other forms of social upheaval have periodically weakened institutional authority over individual behavior. More recently, capitalism itself, abetted by a string of technology breakthroughs, has given individuals steadily more power to satisfy their own needs and wants quickly, conveniently and cheaply. With that power has come the growing belief that the individual no longer needed social institutions, or their long-term thinking and collective action. This new power for individuals was, of course, partly an illusion. For that power flowed not from individuals themselves, but from the corporations that provided the consumer with these new empowering goods and services – everything from cars to credit cards to computers.

By the turn of the 21st century, this was an illusion that was becoming even more attractive – and harder to detect. Thanks to the revolution in digital technologies, consumers could satisfy their appetites in ways that would become increasingly tailored to personal preferences. This self-centered consumer economy had its parallels in the corporate world. New financial strategies and technologies allowed companies to generate returns faster. As important, a new ideology, shareholder value, transformed this "capital efficiency" into a near-sacred objective – which in turn became the goal of a political establishment that was being reconfigured around short-term victories and an increasingly impatient electorate that demanded quick fixes, no matter how implausible. Where society had once modeled itself on the very highest human ideals, it now increasingly reflected our worst impulses.

It was almost as if modern society was now guided by the "id," that collection of unconscious desires and fears that, according to psychologist Sigmund Freud, churn beneath the surface of every human. For Freud, the development of the individual was shaped by the conflict between the id and what he called superego, the collection of social norms and expectations that each human internalizes and which, in developed humans, keeps the id's impulses in check. But where Freud saw this struggle playing out as an individual dynamic, we might argue that it is now occurring at a much larger, institutional scale. Our institutions need to be restored to their traditional roles as moderators of individual impulsiveness, not accelerants of it. But the catalyst for that restoration must come ultimately from individual action.

This is not an unfamiliar dilemma. Throughout history, individuals weighed down by corrupt and impulsive institutions have risen up against them and begun the long process of restoration and reformation. And we are clearly seeing signs of another "uprising" against the current iteration of institutional corruption and impulsiveness. People are raising their voices against Donald Trump in the US and demonstrating against Brexit in the UK. Criticism of tech giants such as Facebook, Google and Amazon, some of the central enablers of the "impulse society," is more frequent. Consider too the growing mainstream acceptance of climate change and the rise of proposals for long-term action, such as the "Green New Deal."

Fixing an id-fixated culture centuries in the making will not be easy. We have much work to do – and the risks of backsliding are massive. But, to a degree, even talking about it would have been inconceivable just five years ago. We have now not only begun to come to grips with the problem, but have started to consider possible solutions. 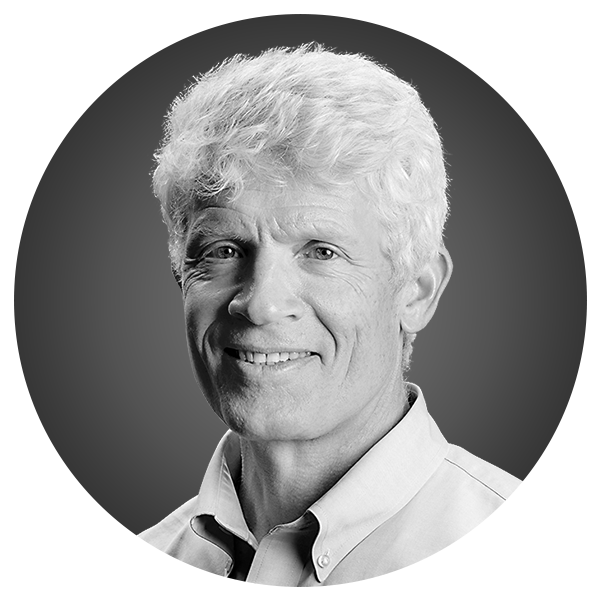 Paul Roberts
Over his 35-year career, Paul Roberts has focused on the complex relationships between economics, technology and the natural world. His third and most recent book. "The Impulse Society" (2014), explores the mechanisms whereby quick fixes have become the norm while offering hope for a movement against an unchecked market. Roberts has also lectured at a variety of organizations, including the World Economic Forum (Davos) and the US Environmental Protection Agency.
Further reading
Cover Story
Building longevity into an organization's DNA
Article
How to compete in a world of transient advantages
Article
The futurists changing the way we look at time
Article
Has quarterly capitalism made us overhasty?
Photography
Inside the simulation that takes us closer to Mars
Article
The extraordinary vision behind Vision Fund
Article
Looking at the future of urban air mobility
Interview
The evolution of an innovation guru
Interview
It’s time to revisit the Enlightenment ideals
Article
The rise and fall of Chinese bike-sharing startups
Article
Line up your next goals while still scoring today
Interview
Hyperloop is shaking up more than transportation
Article
The real extent of globalization
Interview
Henry Mintzberg on the scourge of disconnected leadership
Interview
Andrew Keen on how to fix the problems technology has created
Download our Think:Act Magazine
Think:Act Edition 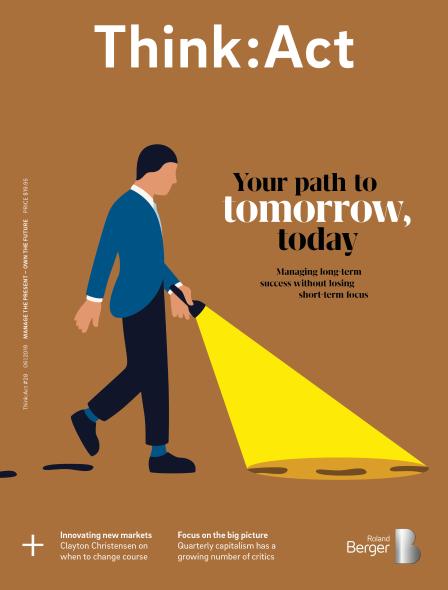