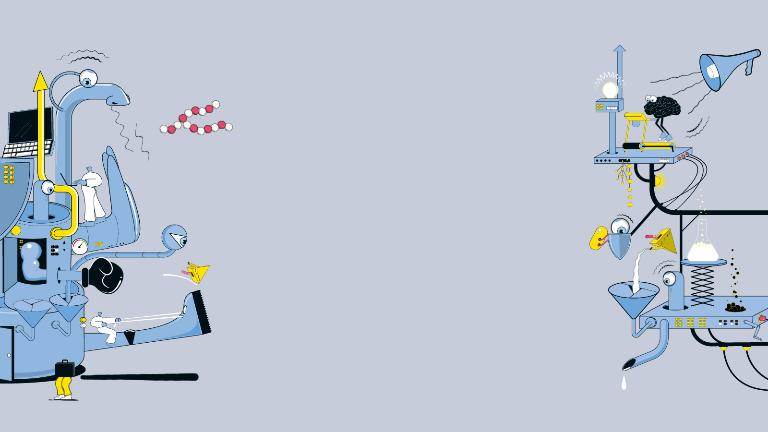 These are testing times and CEOs are increasingly under pressure to stay relevant and avoid their own obsolescence. What can you do to ready yourself for the next phase of your career? Turn your transformation into your best advantage.

In his book The Second Curve, philosopher Charles Handy argues for a radical rethink on how society runs itself. He says traditional systems can't keep up with the pace of change – and that means leaders in the economy, politics and business must take revolutionary steps to keep up.

To illustrate his argument, Handy employs a 'sigmoid curve,' which looks like an 'S' that has fallen forward. This, he explains, is "the line of all things human," meaning it can be used to describe just about every project imaginable, from a life to an economy. These lines tend to start with struggle, learning and hard work, reflected in the downward angle of the lopsided S. Then, as people advance and apply their learning, comes a period of growth and improvement. But, inevitably, this slows and eventually turns downward as the principles driving progress become tired and outmoded.

Kinetic thinking. Adapt or fail: can you move with the times?

In a period of uncertainty, being able to shift your mindset to encompass new ideas and approaches is an essential asset. Joseph Pistrui, professor at IE Business School, and colleague Dimo Dimov of Bath University have devised a system to help leaders move between different ways of thinking. According to the kinetic thinking model, the following approaches will help managers acclimatize to marketplace dynamics, increase perception and expand the range of actions available to them.

Focused thinking: In the kinetic thinking model, focused thinkers consider options based on defined goals. Each action is based on careful assessment of its merit and prospects. Focused thinkers agree on goals and develop benchmarks to assess progress.

Incremental thinking: Incremental thinkers identify gaps in the market and are driven by a sense of what is possible. They act only after assessing future outcomes. Their strengths are spotting weak links and devising the next steps.

Playful thinking: Like focused thinkers, playful thinkers are motivated by their goals and a sense of purpose, but they are also stimulated by the potential to discover something new or interesting. They are experimenters and enjoy seeing where investigations take them.

Breakaway thinking: According to Pistrui and Dimov, this group is driven by a sense of 'what is missing' – similar to incremental thinkers. But they are also motivated by the chance to discover and they seek new frontiers, painting a vision and bringing clarity to the situation.

The antidote to "ageing out"

To reverse this trend, we need to create a second upward curve, which must start before the rot sets in. Handy quotes Lampedusa's novel The Leopard to emphasize his point: "For things to remain the same, things will have to change." CEOs should take note. By the age of 50, most business leaders will be roughly 30 years into their career, equating to a rich tapestry of experience and wisdom, yet revealing an important question: How much of that is relevant today?

Leaders in this bracket – even those who are comfortably at the helm of a growing business – risk obsolescence if they do not take decisive action to reboot their careers. As Handy observes: "Those who have been in charge of that first curve have to begin to think very differently about the future. That is something that doesn't come easily. Why change when all is well, we ask ourselves."

In practical terms, CEOs can't afford to coast. They must evolve, welcome new ideas, seek out fulfilling experiences and incorporate the things they learn into their organization. According to Greg Orme, author of The Human Edge, staying curious is the only way leaders in their 50s can stave off redundancy. "Curiosity is a vital capability for anyone in our tech-disrupted world. It liberates you to rapidly learn and to question how the world is changing around you. It's important for everyone, but especially crucial for those who presume to lead others." He cites the example of Bill Gates, who began taking 'think week' breaks to read and reflect on the future of technology. It's a practice that has been followed by successful contemporaries including Warren Buffett, Jack Ma, Steve Jobs and Jeff Bezos.

Time outside the office, says Orme, provides the scope to unwind problems, learn new concepts and come up with better strategies. Steve Butler, CEO of fintech Punter Southall Aspire, did it by consulting staff and going back to school. During this process he acquired four businesses, added five regional offices and doubled his workforce, all while embarking on his own professional transformation. He says: "For my personal development I went back to university to do a Ph.D. I felt at the time of change I needed more academic input into my thinking to be able to steer the business. I also took a month's sabbatical and went trekking in the Himalayas. The sabbatical gave me new perspective and I came back refreshed and focused."

What Kind of Thinker Are You?

The creators of Kinetic Thinking have devised a way of moving between four styles of thinking to bring about a dynamic way of working.

But learning on the job is just as important. Businesses are engine rooms of ideas delivering insights in real time. To benefit, you must become a better listener. Orme recommends bosses learn "audacious humility," shed anxiety-based notions of power and worry less about losing face if they ask simple questions. These might sound like easy steps, but in a top-down organization with the usual power bases and rivalries, they're anything but.

Butler introduced major companywide changes to shake up traditional power centers: "I introduced many changes from restructuring the management team to radically changing how meetings operate, introducing reverse mentoring as well as diversity and inclusion training for senior managers. As CEO it has been important for me to do the listening in order to create trust and conviction that employees have been heard and to be visible. To this end I have traveled around the country to run discussion groups with smaller groups of employees, which has been of huge benefit during this process."

A mindset shift from being a dominant boss to an organizational role model should trigger a culture shift towards new innovations and more sharing of good ideas, says Simon Hayward, CEO of Cirrus, author of The Agile Leader and honorary professor at Alliance Manchester Business School. "If a CEO welcomes challenge and encourages experimentation, then the organization is more likely to have an agile, innovative culture. A culture like this will never take hold in a command-and-control type of organization. It requires leaders to let go, to trust others and to let people fail without fear."

Antony Thompson is a former Royal Marine who now advises on leadership and management using skills picked up in the military. He regularly encounters "leadership drift" and says bosses lose momentum because they can't step back or make an honest assessment of what must change. He says: "Most of the issues we see come from a lack of discipline and a lack of reflection, so this is where we start when it comes to mindset training. Things slip very slowly each day, so the initial impact is small. But small things add up and many CEOs find themselves looking back after 10 or 20 years and wondering what happened."

The problems that arise don't manifest in sudden crises, but as a gradual waning, which nevertheless can have serious implications, like a ship pointing one degree off its planned route and, at the end of its journey, finding itself in the wrong country. To get back on course, Thompson recommends creating an entirely new business plan, consulting your team from the grassroots up, investing in your own skill set and taking time to increase your knowledge of "trends, innovation, science and philosophy."

Feeling the pace of change was something that began for Helen Jamieson, founder and CEO of Jaluch HR & Training, in her early 40s. Over the decade since, she has built up a long list of new experiences that have helped win back her edge. She joined a series of networking groups and traveled on five trade missions to different parts of the world. In 2015 she went on a week-long business conference in South Africa to focus on her business' values and vision. In the same year she completed a mini-MBA at the Tuck School of Business. Jamieson says: "My business is really focused and I have stopped trying to be all things to all people. My way forward is becoming clearer with every passing year. Being able to get involved with a group of businesspeople doing humanitarian work in Nepal was fascinating and I can see what effect just a week of my skills can have on a community. That's so exciting and empowering."

Hayward also espouses removing yourself from day-to-day machinations, in particular by reducing time spent in meetings and devoting those reclaimed hours to learning. His company provides this service for leadership teams. "We may take a group of corporate leaders from a big bank or a high street retailer and give them a challenge to solve working inside a charity or a digital startup. This forces them to step outside their comfort zone." He also advises mentoring swaps: "I have seen some mutually beneficial mentoring partnerships where senior leaders share experience and wisdom with younger employees. In return, younger employees, often digital natives who have grown up with the internet, can help established leaders to stay current."

Age may just be a number, but in a fast-paced corporate environment it can also signpost an important career crossroads. Leaders in their 50s should assess their skills, consider their contribution and fill in the gaps with up-to-date knowledge and experiences. In doing so, you could instigate Handy's second curve and postpone decline, providing impetus to an energized organization instead of becoming a millstone around its neck.

Article
Frederic Laloux on what lies ahead for business