Think:Act Magazine "Robustness"
Harley-Davidson and the rebranding of rebellion

Electric bikes and trade wars are just two of the hurdles Harley-Davidson has to cross to survive.

Harley-Davidson faces an uncertain future – an aging customer base, collateral damage from the Trump trade wars and the prospect of disruption by electric motorcycles have put the iconic bike manufacturer in a vulnerable position. To take on the future, it might need to change saddles and ride into a very different terrain.

At first glance, the very notion that Harley-Davidson might be under pressure seems ridiculous – its owners are famously devoted to the bikes and constitute an elite club within motorcycle culture. Analysts regularly describe Harley owners as a cult who love their bikes with an obsessive fanaticism that marketers of other products can scarcely imagine.

That devotion from its customers has helped make the Milwaukee-based motorcycle manufacturer one of the world's most powerful brands. Interbrand, the global marketing agency, ranks Harley-Davidson as the 99th-best brand going right now, just behind LinkedIn and ahead of Prada – appropriately enough, given that two of the company's key strengths as a brand are the network of devoted owners and the popularity of its high-priced clothing and accessories. The Trump administration's fondness for Harley-Davidson – in 2016, vice presidential candidate Mike Pence campaigned in Indiana on a Harley – might also have seemed likely to pay dividends, given that Harley-Davidson's headquarters are in Wisconsin, one of the states Trump will need to carry to win re-election.

At the moment, however, Harley-Davidson is having a hard time. "Hogs" – as the iconic bikes are sometimes called – may be as powerful as ever, but the same can't be said for the company. In 2009, Interbrand ranked Harley-Davidson the 73rd-best brand in the world, 16 slots ahead of what it is today. Sales aren't what they once were either: The company posted its fifth annual decline in US sales, extending a straight-line drop through 20 of the past 21 quarters. In 2019, Asia-Pacific was the only region in the world to show an increase. At the same time, the quality of the earnings the firm generates has declined: 40% of operating income is now tied up in the company's financing arm, up from 15% ten years ago. Investors are not optimistic: Share prices have almost halved from around $60 five years ago to just $30-40 in the months leading up to the coronavirus market drop. Yet perhaps the biggest problem is that the well-heeled baby boomer men who have long been the core customers for the product are getting older and some are nearing the end of their biking years. And unfortunately, the boomers' torch for the brand is not being passed to a new generation. "I think the younger group coming along are a little more savvy," says William E. Thompson, a professor of sociology and criminal justice at Texas A&M University, and author of Hogs, Blogs, Leather and Lattes: The Sociology of Modern American Motorcycling. "That bad boy image and rough, tough outlaw image doesn't appeal to them much – particularly at $25,000 to $30,000, when you can get a very good bike for half or two-thirds of that," Thompson says.

To compensate, Harley-Davidson has tried to build up its export business, but despite its verbal support, the Trump administration has not actually done the company any favors. Instead, it's been caught in the crossfire of the Trump trade wars – hurt by tariff-driven steel price rises, retaliatory European Union tariffs on motorcycles and pressure by the administration to limit the overseas production Harley-Davidson needed to get around those tariffs. Overall, Forbes estimated in September 2019, the Trump tariffs have wiped $1.4 billion off Harley-Davidson's market cap.

Finally, electric bikes are also threatening to disrupt the motorcycle market. In Asia, e-bikes are already an important part of the motorcycle market – there are over 3 million in China and 400,000 in India, according to Nikkei Asian Review, and analysts expect those numbers to grow everywhere. Jagdish Sheth, marketing professor at Emory University's Goizueta Business School and noted corporate strategist, explains, "The electric moment will happen sooner in the motorcycle and scooter business than in the automobile business," either mandated by countries or demanded by climate-concerned consumers.

So is this Harley's last ride?

The cost savings that presumably drive many e-bike purchases – operating costs are only about one-tenth of a petrol-powered bike – might not constitute a prime interest of the typical white-collar Harley owner, but the company has tried to respond to their growth by introducing its own upscale e-bike, the LiveWire. Reviews have been good, but sales have not been brisk, and it's unclear whether the $30,000 model will be popular with traditional Harley aficionados. Harley marketers tout the LiveWire as "[a] bolt of lightning that electrifies the urban grid," but some are skeptical Harley-Davidson can make the transition. "Half of the allure of a Harley is its sound. No other bike comes close and it conveys a sense of raw testosterone. An engine that goes 'zip, zip' just won't cut it for men who compensate for their insecurities with a huge, loud motorcycle!" says one 65-year-old Harley owner, a New York-area school administrator with a PhD. "Companies grow up at a given time and place," says Rita Gunther McGrath, a professor at Columbia Business School, and author of Seeing Around Corners: How to Spot Inflection Points in Business before They Happen. "Certain things are possible and certain things are not, and eventually, they discover a success formula. That success formula gets embedded in in their metrics, their reward systems, the levers they use to try to drive success. When the world shifts around them, those things don't necessarily change in response."

Willemien Kets, an associate professor at the Department of Economics at the University of Oxford and Alvaro Sandroni, a political economy professor of at the Kellogg School of Management, Northwestern University, have demonstrated using game theory that the kind of long-term success Harley-Davidson had enjoyed since the 1980s can encourage excessive conformity, which can quickly become a liability. As Kets noted when her research was first published in 2015, in situations marked by high stakes and constant upheaval, "excessive conformism hampers the ability of an organization to adapt."

There are a number of steps Harley-Davidson should consider to keep the 117-year-old company rolling. First is to find some rebels. On the face of it, this advice would seem to be unnecessary, but Harley-Davidson might need to encourage a little more rebellion. And ironically, it may be that a person we might think of as more rigid than the typical Harley rebel may be just what's needed to kick the company into a higher gear: Sandroni is now experimenting with introducing people who have the condition popularly known as Aspergers to problem-solving groups. His hypothesis is not that the syndrome makes them more creative, but that it makes them likelier to voice ideas other people probably had, but were afraid to raise.

Another way out is to build a new business apart from the traditional, declining business. "It's easier if you do it in two different organizations – and that's particularly true if the new company is not dependent on the assets of the old company," McGrath says. It saved Netflix when the firm realized its new streaming business could not really coexist with its older DVD rental business. "I think it's easier because if you think about it, you're going to be dealing with different metrics, different success formulas. Probably you need different incentives for your people, different things as leaders that you're paying attention to," McGrath says. She also thinks the company can dive deeper. "I think what's made Harley great in the past and what they need to be thinking about ... is what Clayton Christensen very famously called 'the customer's job to be done.'" People don't think about buying products so much as hiring them to get jobs done in their life, McGrath adds. So, what was Harley's "job"? It was never entirely about the bike, in McGrath's view. "The core job that Harley performed for customers for many decades was giving people a sense of freedom, rebellion, identity, a distinctness from all other people," she says.

A new brand of rebellion

The company organized Harley Owners Groups (HOGs) to help sell the motorcycles. "Because they realized that if you just own a motorcycle by yourself and you don't have an occasion to go and use it, it sits in the garage and eventually you get bored with it and you move on. But if you have a community, if you've got a weekly or a monthly gathering ... that really creates something valuable in your life."

If the motorcycle and the HOGs are no longer working quite the way they were, she says, the key question to pose is: How does the next generation want to express freedom and rebellion? Electric bikes may be on their way, but people still like biker attitudes and biker styles. One way, Sheth says, is for Harley-Davidson to focus on building itself up as a designer brand. "The Harley-Davidson brand needs to be liberated from the motorcycle. The brand has an enormous value," he says. 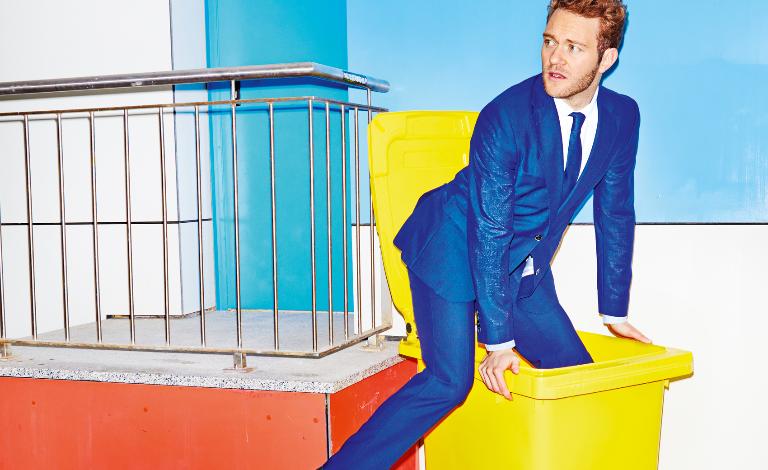