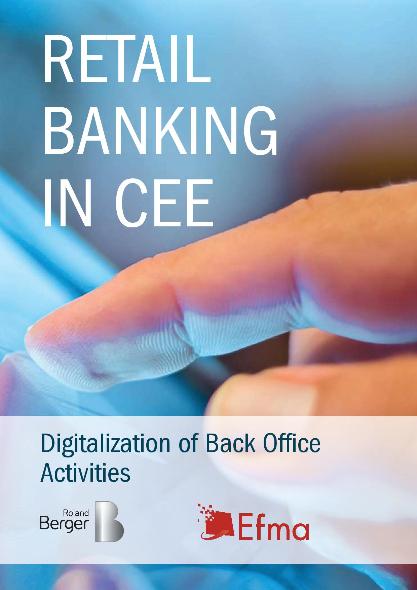 While traditional and digitally native companies are embracing new technologies and merging their business models and processes with digitalization, the financial services industry – and especially banks – is still lagging behind. Our study assesses the regional approach of top bank executives regarding the definition, setting of priorities, and the implementation of digital initiatives

Defining digitalization, motivation and vision for digital back office

In this recent movement, banks show a consensus regarding the digital back office vision. External interactions will be the key enablers for further initiatives as the back office has to ensure more value added and the provision of new services for clients or external partners. From a processing standpoint, human interaction will move gradually into the background and will be limited to exception management, back-up services and process engineering. Besides these inclusions of human workforce, all major processes are expected to reach STP as a standard, enabling the process to be executed from input to output without any human intervention

In order to execute the defined strategies, 50% of banks have already defined a roadmap for digitalization, which is still for the most part included in the overall strategy and is extended over a 2-4 year timeframe with annual revisions. The responsibility for digitalization is sometimes shared between the local and group level leadership and supported by extensive business cases, which despite of being focused on digitalization, do not always summarize economic Retail Banking in CEE feasibility of certain initiatives.

As clients are being influenced by digital technology in their everyday lives, they are expecting the same level of maturity in their interaction with their bank. This is one of the key drivers of digital initiatives by the institutions. Another facet of digitalization is the automation of processes, which on the one hand reduces error rates in data and document processing, and on the other hand reduces costs incurred in the back office. Based on these two factors, banks have to define and include a digital strategy into their overall strategy and business models.

Digitalization of back office activities