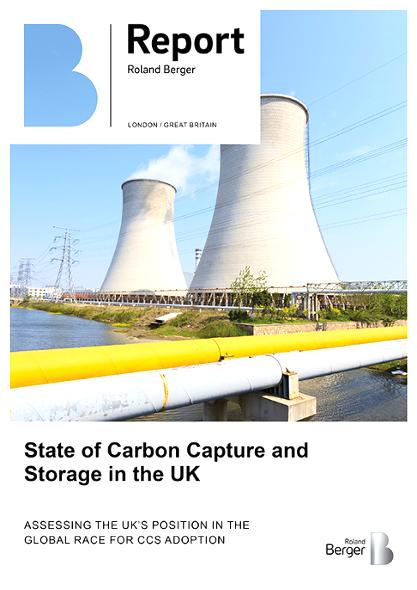 State of Carbon Capture and Storage in the UK

Assessing the UK's position in the global race to adopt CCS

The recognition that carbon capture and storage (CCS) will play a pivotal role in the world's battle against global warming, has come with the increasing concerns and awareness around climate change.

If we were to optimistically assume that anthropogenic emissions decline from ~36 Gt CO2 per annum (as of 2021) to net zero by 2050, the resulting cumulative emissions will likely overshoot our remaining 1.5°C carbon budget. Hence, negative emissions (enabled by carbon capture) are an absolute necessity. Accordingly, it is no surprise that carbon captureis increasingly featured in several net zero pathways formulated byorganisations such as IEA, IPCC, DNV, etc. The UK's outlook is similarly bullish about CCS, with the Sixth Carbon Budget (6CB) targeting acapture capacity of >100 Mt CO2 by 2050 under most scenarios, with the vast majority attributed to greenhouse gas (GHG) removals.

The adoption of carbon capture is accelerating — with the cost of capture decreasing and increased funding being committed to CCS projects. Governments and regulatory bodies are also playing an important role to help drive CCS. For instance, in the UK, there is the flagship CCS Infrastructure Fund which is designed to provide GBP 1 billion in capital expenditure support, as well as business models for various aspects of the CCS value chain. In the US, the recently announced Inflation Reduction Act increased the 45Q tax credit from USD 50 to USD 85 per metric tonne of CO2 sequestered. The CCS landscape is becoming increasingly complex, dynamic, and rife with opportunities. Accordingly, it seems prudent now more than ever to observe this evolution and assess how the UK can position itself as a global leader.

In this article, we attempt to do this by providing the reader with a brief introduction to CCS (including bioenergy with carbon capture and storage (BECCS)), summarising the UK’s approach to drive CCS as an integral component of its net zero ambition, and sharing observations and takeaways from our conversations with key stakeholders — cluster participants, technology providers, power/utility companies, and independent project developers.

The UK has made a good start with its cluster strategy, regulatory approach, and business models. And, as the world grapples with increasing macro uncertainty, geopolitics, and concerns around energy security and affordability, it is imperative to maintain momentum to stay ahead in the global race for CCS leadership.

In an effort to most accurately capture the nuances underpinning carbon capture's state in the UK, we spoke to a range of stakeholders including cluster participants, major technology providers, power/utility companies, and independent project developers.

The global race for CCS leadership is underway and the UK has made a good start with its industrial cluster strategy and business models. However, considering the overall complexity associated with large scale cluster projects and increasing near-term macro uncertainty across a range of parameters (commodity prices, energy prices, interest rates, perceived political instability), there is a real risk of losing momentum, which would be detrimental to the UK’s ambition and journey to Net Zero.

Despite the existence of CCS technology for a while, we are in essence working towards its proliferation across a range of emitters and industries in the UK. Consultations, sound regulations, business models and policies are no doubt important to help kick start and support a new industry; but it is equally important to not overcomplicate the process and block progress. This is indeed a herculean task and, for the first iteration of this endeavour (for large integrated projects), an 80/20 approach is perhaps more prudent as opposed to ensuring that every aspect of each cluster is in complete sync and in harmony with others to prevent future integration risk.

The UK government has done well to introduce the CIF and articulate the CCS business models (regulated asset base, Contracts for Difference). While the £1 bn CIF gets a lot of attention and coverage, many stakeholders consider it to be a bit of a distraction as the key determinants of success, and levers to unlock private capital investment, are actually the underlying revenue/business models. The commercial framework is quite complex to implement in practice. Cluster level Final Investment Decision (FID) entails each cluster participant to have a government backed support contract (with a government backed counterparty) and a bilateral commercial agreement with other cluster participants. This can be extremely time consuming, considering there are usually multiple cluster participants. A more focused approach by progressing individual (emitter level) FIDs, is key to maintain overall cluster momentum.

A range of non-departmental public sector bodies (regulators in a broader context) are yet to mobilise their internal teams and articulate extended regulatory frameworks. These bodies and the UK government need to work closely and expedite their engagement in order to meet published timelines.

The UK has adopted a holistic approach by designing appropriate business models for various elements of the CCS value chain. It is a regulated approach which lays the foundation for a sustainable long-term framework that can support both current and future projects. As with all state government support mechanisms, the expectation is for the quantum of support to diminish over time as the underlying CCS economics improve. The offshore wind sector in the UK has been a great success story in this regard.

Not surprisingly, there are questions as to whether the UK should have pursued a Tax Credit approach similar to the US (exemplified in the Inflation Reduction Act, IRA). Both approaches have their pros and cons, but there is a general recognition that tax credits can help unlock private capital investments sooner. However, tax credits are not common either in the UK or Europe and generally tend to carry some degree of political risk/uncertainty.

The key risk with the UK’s approach is a delay in enacting the Energy Security Bill into law, which then impedes the timely implementation of the business models and slows down the overall process.

A significant proportion of the CCS supply chain resides outside the UK, and we need to do a better job in courting and helping the supply chain set up base and flourish in the UK. The issue is increasingly more acute post Brexit. In the event other nations overtake the UK on their CCS aspirations, access to the international supply chain (with finite capacity), could be extremely challenging. This does however present an opportunity for the UK, to start taking the necessary steps to: (i) help build a resident supply chain alongside global OEMs, (ii) train and develop skilled labour, and (iii) create local jobs and employment opportunities. Getting this right will enable the UK to benefit from a highly skilled CCS export proposition, similar to offshore wind and Oil & Gas supply chain.

The vast majority of offshore storage capacity in the North Sea is centred around the UK and Norwegian sectors. There is therefore a real opportunity for the UK to assist with the decarbonisation of other European countries who do not have access to similar offshore storage capacity. There is a requirement for a credible shipping solution to interface with the existing port and transport infrastructure, but the opportunity set and benefit (overall reduction in cost per tonne for UK emitters) is certainly being recognised by both industry and the regulatory bodies.

As per the 6CB and specifically the Balanced Net Zero pathway, engineered CO2 removals (driven by BECCS and DAC) are expected to play a key role with regards to negative emissions. The target of ~5 Mt by 2030, appears to be broadly achievable, considering the DRAX pipeline of projects which should contribute to ~8 Mt. However, the target quickly rises to ~23 Mt by 2035, which is almost a fivefold increase compared to the 2030 target. Considering the current cost structures associated with BECCS and DAC (plus concerns regarding biomass feedstock availability in the UK), there will need to be considerable progress over the next decade to achieve these targets.

Register now to download the full study including key insights, new developments as well as future challenges for players in the industry. Additionally, you get regular insights into Energy & Utilities topics within the UK.

Significant investments are required into the grid’s fundamental IT / OT architecture as well as it’s physical infrastructure. Our analysis indicates UK DNO and TNO expenditure will need to grow at c. 6% and 2% CAGR respectively, leading into 2035.

Switching from Grey to Green Hydrogen in the UK

Capturing the Future of Residual Waste

A view on the potential of carbon capture, utilisation and storage in the UK's Energy from Waste sector.