by Pim de Morree
Read more on "Breaking the rules"

The Buurtzorg example shows how extreme autonomy can be made to work in organizations – in a way that it delivers superior results compared to conventional organizations.

In our search for the most pioneering workplaces in the world, we’ve come across some extraordinary organizations. And this is an understatement. We’ve seen those where employees select their own leaders, others where any employee can make a decision on anything, and even those where staff set their own salaries.

But sometimes we are asked: “Which is the most radical?” This is a tough question! One candidate has to be Buurtzorg. Maybe you’ve never heard of them. Not surprising. But they are well known in the Netherlands, where we live, and worldwide in the healthcare industry.

Is breaking the rules a crucial skill? We examine how people who have acted against rules significantly shaped the world of business.

Buurtzorg is a home-care nursing organization that has grown from nothing to 14,000 employees in just 10 years. That’s impressive! But it’s not, in our view, the most impressive thing about them. They beat their competition on almost any metric you choose. Tick these off…

By the way, they have no planning, HR or marketing departments—and there’s not a single manager in the place. How the hell did all that happen? Let’s explain.

In 2006 a humble revolutionary, Jos de Blok, founded Buurtzorg. He was frustrated working in a traditional home-care organization. He was convinced that the command and control style hampered the delivery of good healthcare.

He set out to prove that an alternative – based on freedom, trust and high levels of autonomy – would benefit everyone, including, most importantly, the patients. Starting with just four nurses they quickly became successful. From the beginning they decided not to grow a traditional hierarchy. They chose instead to grow a network of teams.

Every time a team gets to 12 nurses, they split. The two newly formed teams grow until they reach that magic number before splitting again. This allows the organization to grow exponentially without damaging quality, satisfaction and cost levels.

Each team is self-managed and fully responsible for a specific neighborhood. They do all the work required (i.e. nursing, planning, personal development, recruitment, hiring, firing, decision-making, etc.). Now, there are 1,000 self-managed teams, each enjoying huge amounts of autonomy. As one of the nurses said to us, “We feel more liberated, appreciated, and fully in control of how we can provide the best possible healthcare to our clients. Instead of having to work with lots of frustrating bureaucracy, we now do what we love to do: delivering care to patients.”

But some might say that radical autonomy can also be dangerous: what if someone drops the ball and quality standards suffer? Wouldn’t you need extensive rules and policies to control quality standards? The beauty of the Buurtzorg model is that the organization trusts the trained nurses to do a good job. They don’t believe in standardization as it will directly reduce autonomy. Strange as it might sound to those working in command-and-control workplaces, the Buurtzorg model is based on trust – and it works.

The headquarters that supports this network of about 1,000 teams has only 50 people. This tiny group provides the bureaucracy that is, so far at least, inevitable (for things like contract negotiations with insurance companies).

But Buurtzorg's teams are more than just the sum of their parts. A self-developed IT system connects them, combining high levels of autonomy with advantageous scale throughout the organization. Their intranet allows teams to share knowledge, compare performance and create alignment. For example:

1. If nurses encounter issues they are not familiar with, they use the intranet to get advice from more experienced colleagues. Often, an answer arrives within hours.

2. Sharing measures like the percentage of hours spent with clients develops insights into the client focus of various teams. It’s a great way for teams to compare performance to other teams and thus create a healthy form of peer competition. Teams who are performing well help out the underperforming teams.

3. And CEO Jos de Blok can communicate with everybody at lightning speed. He writes blog posts to instantly inform all colleagues of what’s on his mind—and invite their advice.

It’s no surprise more and more countries are adopting the Buurtzorg model. Buurtzorg is now supporting the export of their approach to the UK, Sweden, Japan, China, Taiwan, South Korea and the US. And other organizations are adopting similar approaches—all inspired by Buurtzorg.

Copy-pasting an organization model can be dangerous. But adopting the underlying principles, and applying them in your context can deliver extraordinary outcomes.

This network of teams structure is based on some key principles. Typically, it is:

Buurtzorg shows the way towards a more human, motivated, and impactful future of work. It provides scale without hierarchy, alignment without bureaucracy, and autonomy without anarchy.

This is what work in the 21st Century should look like. 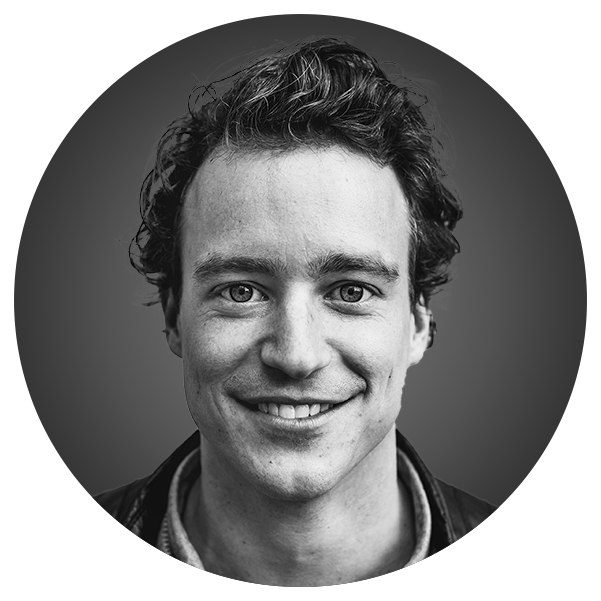 Pim de Morree
The Corporate Rebels are on a mission to make work more fun. They quit their frustrating corporate jobs and set out to travel the globe to visit the world’s most inspiring organizations. While checking off their renowned Bucket List they share everything they learn. Their blog is read in more than 100 countries and they've been featured in NY Times, Forbes, HuffPost, Guardian, and BBC. They have been listed as "Top 30 Emergent Management Thinkers" and nominated for Thinkers50 Breakthrough Idea Award.
Further reading

Interview
Looking at the rules of good leadership
Our Think:Act magazine
Think:Act Magazine 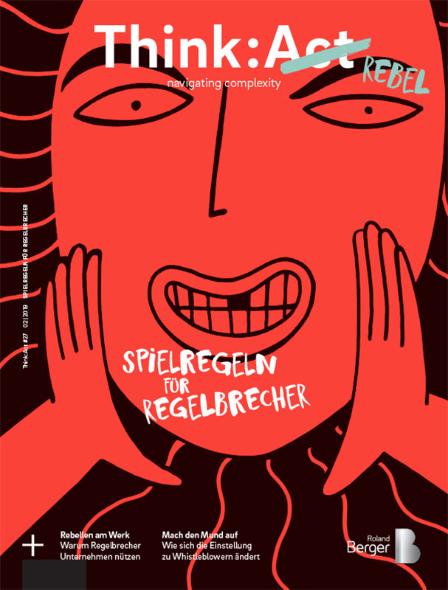