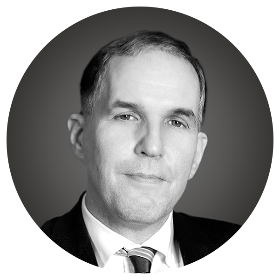 Prof. Dr. Burkhard Schwenker (born 1958) was Chairman of the Roland Berger Advisory Council. He was previously Chairman of the Supervisory Board and longstanding CEO of the largest strategy consultancy of European origin.

Schwenker studied mathematics and business administration. After starting his career at PWA Papierwerke Waldhof-Aschaffenburg AG and completing his Ph.D., he joined Roland Berger in 1989. Three years later he was elected Partner, before being appointed the company's CEO for the first time in 2002. He is an expert in strategy, organization and corporate transformation. Burkhard Schwenker is a recognized author who regularly writes books and articles on hot topics in strategy and management, as well as on economic and industrial policy.

Burkhard Schwenker teaches strategic management at the Leipzig Graduate School of Management (HHL), where he is also Academic Co-Director of HHL's Center for Scenario Planning. He held a seat on the Board of the German Academic Association for Business Research (VHB) until 2014 and is currently Deputy Chairman of VHB – Board of Friends e.V. He is also Chairman of the Board of Trustees of Kühne Logistics University (KLU) in Hamburg and a member of the University Council at the Technical University Bergakademie Freiberg.

In addition to his professional and academic work, Burkhard Schwenker takes an active role in numerous sociopolitical institutions and foundations. For instance, he is Chairman of the Board of the Zeit-Stiftung (Foundation) and Chairman of the Board of the Hamburg Symphony Orchestra and a member of the Senates or Board of Trustees for the following: Senat der Wirtschaft e.V., Germany's National Academy of Science and Engineering (acatech); the Wittenberg Center for Global Ethics e.V.; the Stiftung Initiative Wertestipendium; and the Lebendige Stadt (Vibrant City) Foundation. In June 2018 he was appointed to the Steering Committee of the Wissensfabrik e.V. (Knowledge Factory) and represents among other issues the start-up initiative "Weconomy". From 2010-2019 he served as Deputy Chairman of Atlantik Brücke e.V.

Burkhard Schwenker is married with three grown children and lives in Hamburg with his wife and the newest member of their family, a young refugee named Ali from Afghanistan.

"In a world of increasing uncertainty, in which trends are no longer reliable and new scenarios keep creating challenges, good consulting is of vital importance. "

Think:Act
The impact of economic sanctions

Study
Communication on Progress for the UN Global Compact 2013