By Stephan Baur and Manfred Hader

After detailing in a previous article why we think parcel delivery will become the leading use case for cargo drones, below we outline what an urban drone delivery system could look like. Using the city of Berlin as an example, we consider practical questions such as how will drones be controlled, how many parcels could be delivered and, critically, what are the challenges to implementation. For example, we calculate that the usable air space above Berlin could accommodate 1,200 cargo drones at any one time, enabling the possible delivery of up to four million parcels every year.

Most people’s vision of the city of the future features at least some form of drone, or unmanned aerial vehicle (UAV), going about its business above the streets, perhaps a flying taxi or mail truck. But while passenger travel by drone is still some way off, cargo drones are already operating in several cities around the world. In fact, in the not-too-distant future, cargo drones will become an accepted part of all cities’ logistics networks . Cargo drones will become as common a sight as delivery trucks today.

The advantages are clear; for example, drones can avoid traffic congestion and don't produce emissions during their flights, if powered electrically. After all, logistics accounts for 20% of urban road traffic and 30% of urban pollution. But, as we concluded in our previous article in this short series, drone parcel deliveries must be part of a city-wide, holistic network to function effectively and efficiently. As such, below we assess how an urban UAV parcel delivery network might function, using the city of Berlin as an example.

How many parcels will drones be able to process in a regular city? What percentage of a city’s total parcel needs will they be able to cover? How will they be controlled? And how much will customers be willing to pay for drone delivery?

These are just some of the key questions that need to be answered when imagining a full urban UAV drone delivery network. To address them, we first selected an example city, choosing Berlin because it is a likely early target for drone deliveries on account of its innovative and entrepreneurial spirit. We then applied the principles of supply and demand, where supply represents the available air space and demand represents the acceptance by consumers of drone deliveries for a reasonable price.

On the supply side, we calculated the maximum number of cargo drones that could fly at the same time on the basis of assumptions covering:

We consider each in more detail below, along with an assessment of customer willingness to pay for drone deliveries.

Regarding minimum safety distances, we assume a scale factor of 10% compared to commercial air traffic rules. This means minimum horizontal distances for cargo drones would be 550 m and minimum vertical distances 30 m.

Berlin covers 892 km2, of which 668 km2 is built up and the rest is covered by lakes and forests. After factoring in no-fly zones around, for example, government buildings, airports and the city center, we assume approximately 60% of the urbanized area is available for drone operations. We further assume a maximum of three drone flight layers. The lowest would start at 60 m above ground (so as to avoid most buildings) and the highest would have a ceiling of 150 m above ground (so as not to interfere with small aircraft flying under visual flight rules).

On the basis of these assumptions, we calculate that a maximum of approximately 4,000 cargo drones could potentially be operated at the same time over the city. To ensure smooth operations, we assume a down-scale factor of 30%, meaning 1,200 drones could safely and efficiently fly at the same time.

Regarding operational parameters, we assume an average flight distance of 3 kilometres, a single-leg flight time of 5 minutes and a turnaround time between flights of 15 minutes (for loading/unloading, re-charging etc.). This gives an average return flight time of 40 minutes, meaning approximately 1.5 return flights, or round-trip deliveries, can be conducted per hour. Assuming a drone is operational for eight hours per day and has a payload capability of one parcel per flight, around 12 parcels can be delivered by one drone each day.

So, if drone operations are allowed on 280 days a year (excludes Sundays and 30 other non-operating days due to adverse weather conditions and public holidays), up to 4 million parcels can possibly be delivered by cargo drones in Berlin every year.

And what percentage of a Berlin's parcel delivery needs will drones be able to cover? Around 135 million parcels were delivered in Berlin in 2018, with about 80% (110 million) weighing less than 2 kg (the assumed maximum load of a parcel drone). Thus, at maximum capacity and based on 2019 figures, drones could handle 3.6% of parcel deliveries under 2 kg.

Will customers pay for drone deliveries?

Market data suggests that standard land-based express deliveries (from 2 hours to next-day) in the US currently cost between USD 5 (EUR 4.50) and USD 13, while a groceries delivery trial in the Netherlands set the delivery price at EUR 4.95. Meanwhile, surveys suggest that customers are willing to pay only around USD 1.40 for express delivery. This is in line with expert opinions that prices for cargo drone deliveries will be as low as USD 1.00.

So how cost-effective can drone deliveries be for operators? While studies suggest that the operational cost of one hour of drone flight can be as low as EUR 0.85, capital costs for both drones and their infrastructure are yet to be determined. In addition, regulatory and technological requirements, such as a requirement to use human flight controllers to oversee drone operations, could push up costs.

So it seems price could determine everything. But if we assume a conservative customer conversion rate from standard package delivery to package delivery via drone of only 1%, it will result in 1.1 million packages being delivered by drones per year. Concluding, how many cargo drones might soar the skies above Berlin depends on the price: Considering a "conservative" 1% conversion rate from standard delivery methods to cargo drone deliveries will result in 1,100,000 delivery flights per year over Berlin, equivalent to a fleet of about 320 operating cargo drones. That means there’s enough air space over Berlin to accommodate the required number of drones – but will there be enough interest?

It’s clear that significant obstacles will need to be overcome if an over-arching UAV parcel-delivery network is to be a commercial success. It will involve developing a framework for the system, that is, determining the conditions in which it will exist, as well as implementing the system itself. Both face hurdles. We looked at the challenges in terms of necessary conditions in our previous article, so will concentrate here on the implementation challenges.

First, standardized flight profiles are needed for a multi-drone network to function effectively, and these need to be integrated with those of other air traffic systems (such as police helicopters etc.). Currently, there are no specific rules governing UAVs, rather they are subject to national and international general aviation regulations, or general flight rules. These cover visual flight rules (VFR) and instrument flight rules (IFR). Visual flight rules (VFR) state that aircraft must normally fly no lower than 1,000 ft (300 m) over congested areas of cities or 500 ft elsewhere. But to enable the regulated use of drones, new flight rules for both low-level and high-level operations need to be established and harmonized with general flight rules . For example, low-level corridors over populated areas would be useful for drone operations.

A second key implementation challenge is consumer reticence to pay for drone deliveries. In the past 20 years, the ‘free delivery’ culture created by e-commerce companies has severely dented customer willingness to pay for delivery. If this cannot be reversed, innovation in the sector will remain difficult. Industry leaders have realized this and are already working on solutions. For example, Amazon has tested a "no-rush shipping" option in the UK, where it offers a GBP 1 discount for customers who agree to wait 3-5 days for their order. Experts believe such moves could re-establish the customer's awareness of the cost of delivery.

Despite the challenges of establishing conditions and implementation, it’s clear that cargo drones have a distinct value proposition. To overcome the hurdles to large-scale implementation, the development of a collaborative ecosystem will be key. This should include national authorities, infrastructure providers and leading players to ensure standards and scaling across the industry. The recent developments highlighted in this report indicate that these parties are ready to work towards such a solution. If so, it’s likely it won’t be long before the delivery drone ecosystem is flying high.

Urban Air Mobility – an industry takes off. Investments are over 20 times higher than four years ago.

All publications from this series 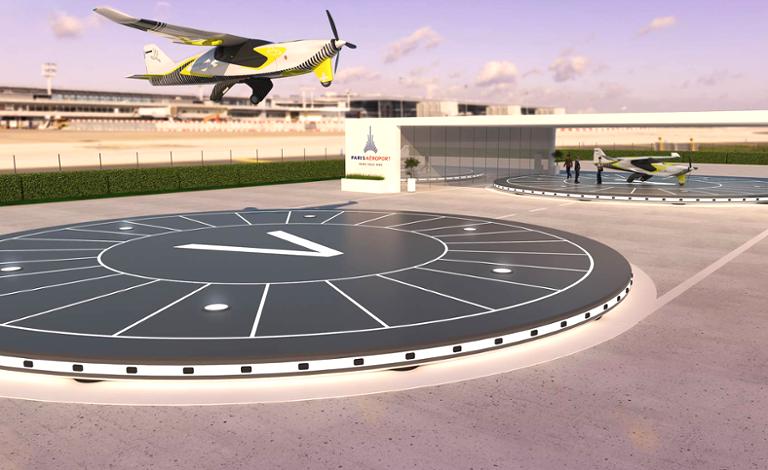 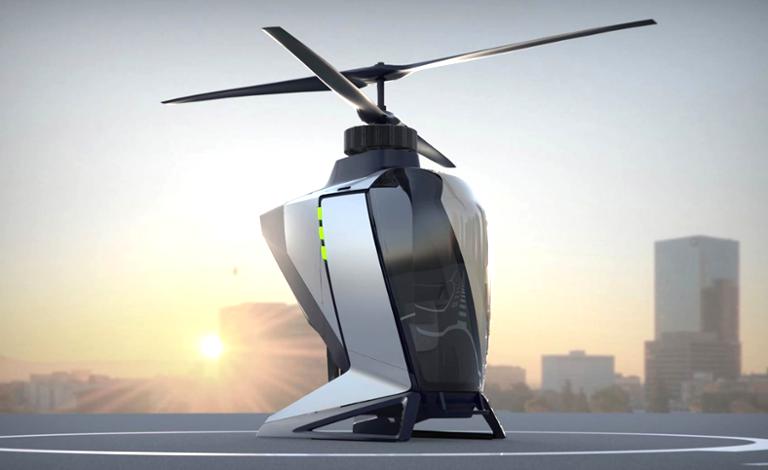 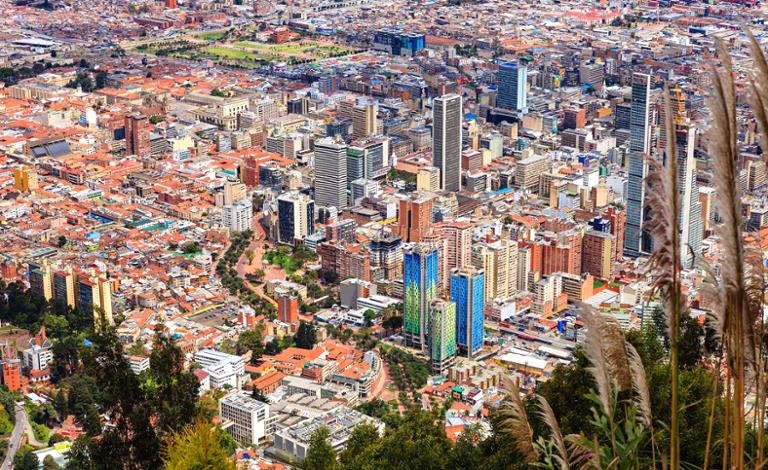 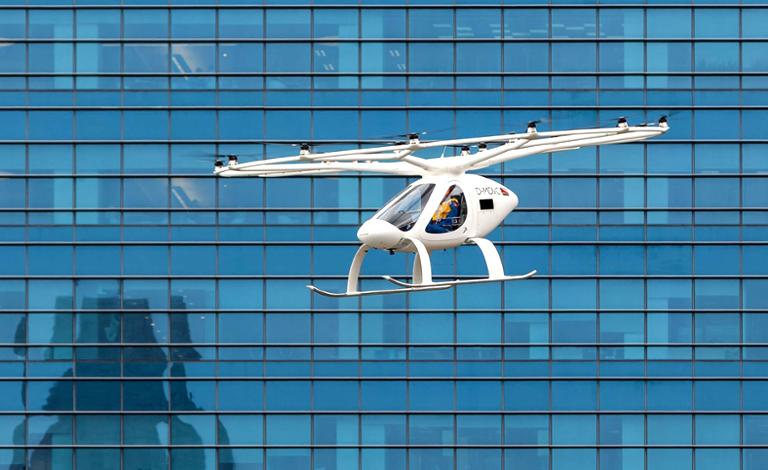 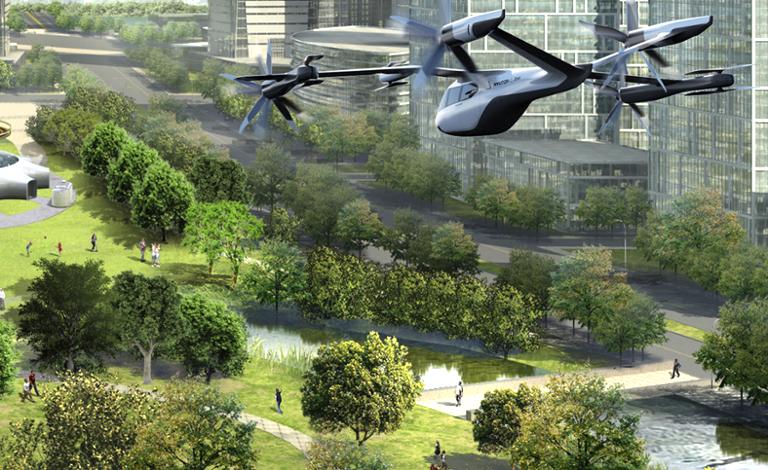