How the coffee business can become more sustainable

Read more about the topic "sustainability"

Can an established company change its ways? After a lifetime of trying to perfect his family's espresso, Andrea Illy is turning his attention to a new challenge: making illy 100% sustainable by 2033.

Andrea Illy's awakening as an environmentalist happened gradually: He remembers that he first began to notice climate-related changes about a decade ago. On the surface, Italian cities look better these days than they did when he was a kid. "When I was young, cities were completely covered and encased by these yellow fogs – terribly toxic – and now the air is quite clean," he says. Looking more closely, however, the 56-year-old chairman of illy saw that the animal world was changing in disturbing ways.

An avid outdoorsman, Illy could not only see changes in the Alps outside Trieste, where his company is headquartered, but also in the Adriatic Sea off the north-eastern port city. Many animals that used to live only further north or further south – chamois, bears, different species of snakes, giant wasps from Africa – were turning up in the forest. "Crazy, crazy stuff," Illy says. In the sea too, the ecosystem was changing, he says – there is much more algae these days and people are seeing tuna, sharks and whales – sea life that never used to be found there. "There is a significant change – on one side, the tropification of our climate, on the other side, animals from the north coming south."

Back to the laboratory

Of course, Illy isn't alone in his concern. Many people these days are concerned about the impact of man-made greenhouse gases on global weather patterns. But being a scientist by training – he earned a degree in chemistry from the University of Trieste – Illy approached the need to reduce his $580 million company's contribution to global warming less as a vague, overwhelming political challenge than as a concrete, technical problem. Although some of the steps that needed to be taken were obvious, such as only using recycled paper, others required much more thought – so much more he took a 2,000-hour sabbatical to try to work out a technical solution. "Because we transform and trade in agricultural products, and two-thirds of our carbon emissions are in agriculture, it's very much an agronomical issue to be solved," he explains.

Illy emerged from his deep dive with new ideas about how to make coffee production and agriculture greener – and with a new goal: to make illy carbon neutral not by 2050, as required by the Paris Agreement, but by 2033 to mark the 100th anniversary of the company founded by his grandfather. The #OneMakesTheDifference program, which was announced in July, is intended not just to take the company to carbon neutrality, but also, Illy hopes, to eventually make it regenerative.

Certain aspects of Illy`s program are fairly straightforward, such as introducing more efficient coffee machines. In addition, the introduction of recyclable to-go cups is also expected to eliminate the use of 175 tons of plastic every year. The company's joint capsule coffee venture with JAB will also require a bit of tweaking, according to Illy. Not because of the capsules, which Illy says are a fairly minor part of the product's carbon footprint, but because of the need to train customers to recycle the used containers.

Other aspects of the plan have to do with the beans themselves. About two-thirds of the coffee industry's carbon footprint accumulates as the beans are grown, according to Illy, and agriculture generally contributes about a quarter of all greenhouse gases every year. Illy looked very closely into the chemistry of agriculture and realized that a number of things could be done to reduce greenhouse gas production on farms.

One approach he seemed particularly excited about is a plan to process excess carbon into fertilizer that can make plants grow faster. When you enrich soil with carbon, he notes, you not only sequestrate carbon from the air, you also stimulate the growth of microorganisms that help plants grow faster and with fewer pathogens. Finally, Illy advocates carbon offsetting by planting trees near crops. "The more forest you have around things, the more ecosystem biodiversity there is and the more resilient – and productive and high quality – is the agricultural production ," Illy explains.

Despite Illy's optimism about making his family's business 100% sustainable, he acknowledges that the environmental problems of coffee growing are too big for one company to fix alone. Although illy has long paid 30% above market for its coffee, which it buys directly from a select group of growers, most growers must cope with low and volatile prices for their beans. In fact, Illy notes, most coffee growers are in an extremely precarious position.

Farmers in many of the 50 countries that grow coffee beans don't have the money they need to invest to make their farms more sustainable, according to Illy, and volatile commodity prices make borrowing that money almost impossible, "like playing a slot machine." Illy explains: "Even with thin margins, you could decide to make investments if you have a reasonable prediction of return. But with this volatility, you don't know if the year after, or two years after, the price of production will be below cost." His solution: more public-private partnerships and more foreign direct investment.

A wake-up call
As consumers become aware of the need to make smarter choices for the environment, Procter & Gamble is working to take any guesswork out of the equation.

Virginie Helias' environmental awakening began 15 years ago at a screening of Al Gore's documentary about global warming, An Inconvenient Truth. After even the most successful wake-up call, people tend to make little adjustments in their lives – such as recycling a bit more carefully or biking to work once in a while.

Helias, however, saw a bigger opportunity. As the leader of Procter & Gamble's laundry business in Western Europe, she had a chance to make a bigger difference by leading a campaign that convinced millions of European Ariel detergent users to wash more of their clothes in cooler water.

The "Turn to 30" campaign performed well in Europe and also attracted attention within P&G. Today, as chief sustainability officer, Helias continues to work on programs that bring P&G and its customers closer to sustainability. One of the latest campaign goals – to set 70% of the world's machine wash loads to low-energy by 2020 – was achieved in 2019. In the US alone, the rise in low-energy laundry cycles since 2015 has reduced emissions by approximately 15 million metric tons of CO2 – the equivalent of taking 3 million cars off the road.

P&G's next big goal is to eliminate all net greenhouse gas emissions by 2030 – half through reduction and half by investing in a natural offset. But despite the drive to make its products more sustainable, the 183-year-old company has not stopped focusing on consumers who aren't ready to join Greta Thunberg on the picket line.

"Make Sustainability Irresistible," as one company motto puts it, sums up P&G's goal of giving consumers sustainable products that don't require them to make major changes to their habits. "Adopting sustainable lifestyles requires habit changes and many people will not do it if they have to experience trade-offs – on performance or convenience. The most eco-conscious consumers may accept trade-offs, but our brands are committed to addressing the needs of the many," Helias explains.

The extent of the challenge illy faces is far from unique. Many companies' efforts to go green entail remaking major parts of their supply chain – or even reinventing their products altogether in order to make them more environmentally friendly, and without alienating long-time customers. Procter & Gamble, for example, is looking for ways to make its shampoos, detergents and other home and personal care products more environmentally sustainable without forcing the consumer to compromise either on convenience or performance.

The good news for executives concerned about the climate is that they aren't swimming against the tide: Consumers care about sustainability more than ever. "We are seeing sustainability grow in importance as a purchase driver – it is becoming an important driver for brand preference," says Virginie Helias, chief sustainability officer at Procter & Gamble. Before the pandemic, nine out of 10 consumers said they felt better buying a product that supports a social or environmental cause.

Other studies conducted during the pandemic found that 75% of customers would value advice from brands on how to be more environmentally friendly at home, according to P&G research. Wall Street also likes green companies. As Larry Fink, chairman and CEO of BlackRock, recently put it, investors are "recognizing that climate risk is investment risk." Fink, whose firm manages $7.5 trillion in assets, wrote last year that "sustainable investing is the strongest foundation for client portfolios going forward," and warned that "because capital markets pull future risk forward, we will see changes in capital allocation more quickly than we see changes to the climate itself." 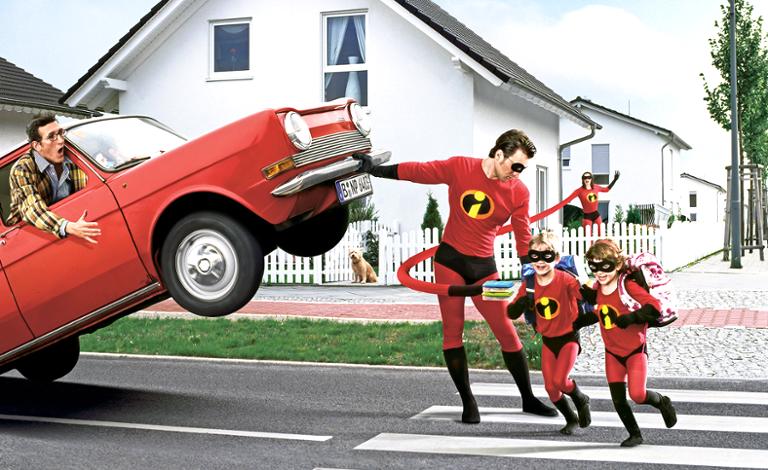 Think:Act Magazine
It's time to redefine what a power couple is 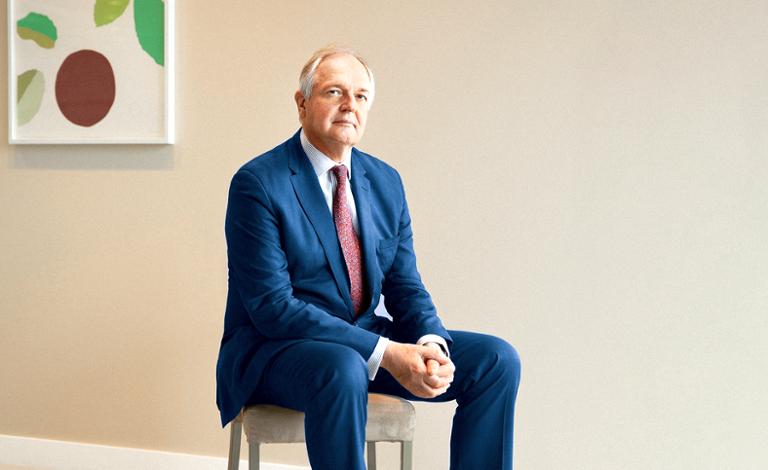 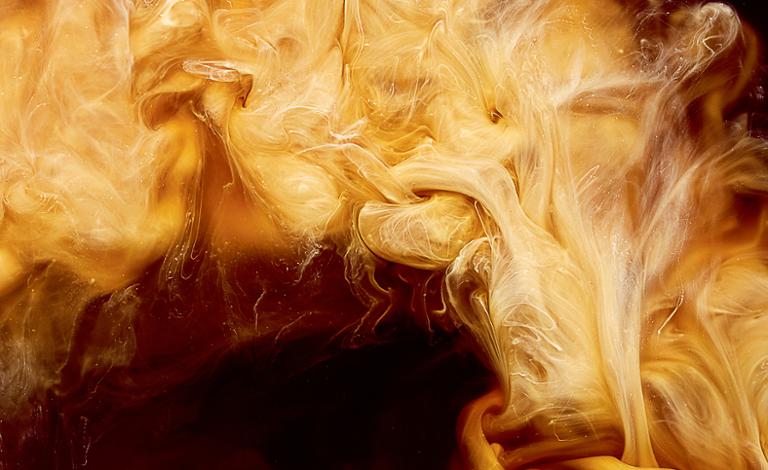 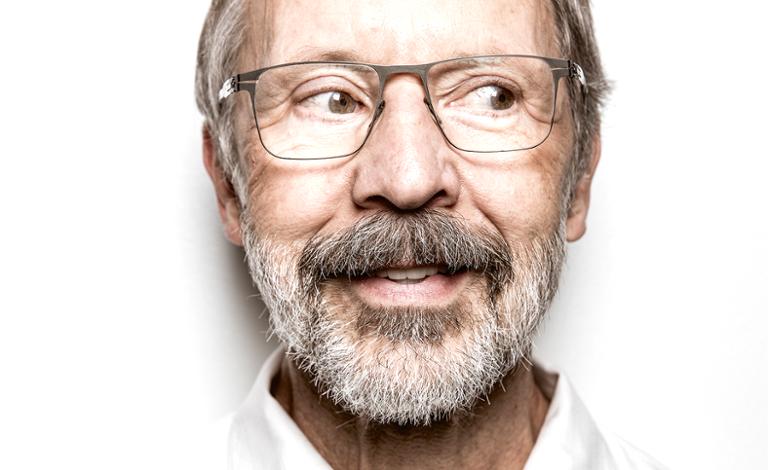 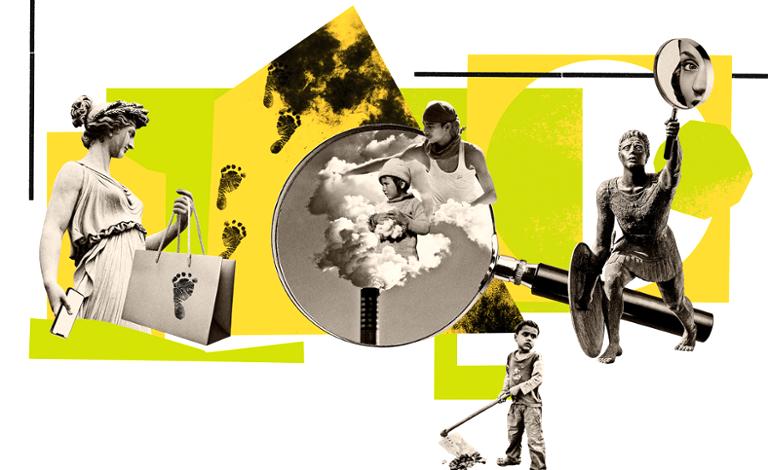 Study
Sustainarama - How sustainability will change the world in 2050