Think:Act Magazine "Own the Future"
Henry Mintzberg on the Scourge of Disconnected Leadership

The old model of leadership is broken, says management guru Henry Mintzberg. What we need instead of leadership, is communityship.

Often described as a contrarian and an iconoclast (even a stormy petrel!), Henry Mintzberg has long been an outspoken critic of contemporary management. For decades now, the management guru has witnessed the self-destructive behaviors at play within organizations and has torn them apart. In many senses, he is the much needed voice of sanity in a world ruled by fads and flavor-of-the-season management practices.

His books – such as "Strategy Safari", "The Rise and Fall of Strategic Planning" and "Strategy Bites Back" – are management classics. His 2005 book "Managers Not MBAs" created a storm by ripping apart the existing management education model. Leaders can't be created in a classroom, he famously said. Interestingly, he wrote the book even as he was a professor at a business school.

Mintzberg latest book, "Bedtime Stories for Managers", is a kind of Aesop's Fables for grown-ups. He calls it his attack on "disconnected leadership". The book, in many ways, is a call for leaders to get off their high horses and plant their feet firmly on the ground.

In this interview with Think:Act, Mintzberg explains why we need to correct our lopsided view of leadership and why we need more grassroots-driven strategy.

Think:Act: As someone who has always been a vocal critic of management practices, what do you make of what is happening in organizations today?

There are two kinds of management practices, and one is fine and the other is awful. The awful one is called leadership because somehow that's superior to management. We've had enough of this disconnected leadership or management – people who are in high offices, who don't connect with the ground, don't know what's going on. They're technique-oriented, they're all these different things that are killing companies.

Entrepreneurs are on the ground, earthy, involved and full of energy, full of spirit. That kind of management I have no trouble with. And that may be a very centralized kind of management. But once you've got an established company, you have to manage differently. You've got to build a culture that's engaging – the word I like is communityship instead of leadership.

Building communities is easy in small organizations but as organizations grow, we see leaders are increasingly out of touch with the grassroots and the idea of community suffers. How can those organizations deal with this?

I'll give you two contrasting stories of very senior British public servants. When somebody I know asked them why they measure so much, one said: "What are we supposed to do when we don't know what's going on?" The other one, head of social services for all of England, said: "I spend Fridays in the field. First, I see the clients without the professionals. Then I see the professionals without the managers. Then I see the managers."

In other words, that's what he's supposed to do. He doesn't have to go to every single facility in England. He just has to spend time to get the feeling of what's going on on the ground. He didn't sit in an office and measure things without knowing what was going on. That's the style of managing I admire the most.

Why is communityship a fundamentally better way of managing organizations? And how should we rethink our hierarchies and structures to make this work?

One of the things I say is let's get rid of the word top management because what's on top of what? We don't say bottom management, so why do we say top management? Let's change our metaphors. Change the way we view things and change the whole bonus system – there was this piece about an open letter from the chief executive to the board saying, "You pay me too much. I'm so singled out from everybody else." There are things like that. That's not leadership, that's followership. If I said to a chief executive "why you are paid 400 times as much as your worker", and the person says to me, "Well we're all doing it", I would say, "Oh, so you're a follower you're not a leader."

In a sense, are you asking for a more democratic model of governing organizations?

We're not going to democratize businesses and we don't need to, and we shouldn't. But more humane for sure and more respectful.

One of the very interesting things you say in your book is about how we must grow strategies like weeds in the garden. That really flies in the face of the traditional notion of top-down strategy planning. If we were to implement this in a world where everything's changing so fast and industry boundaries are blurring, how would it work? And who would be responsible for making it work?

I'm talking about the creation of strategy. And anybody can come up with an idea that produces a strategy. I use the story of IKEA where a worker took the legs off a table to get it in his car and then somebody said, "Wait a minute, if we have to take the legs off, so do our customers." And that led to selling furniture that is assembled. The fascinating thing about that is number one, there was this spark of the idea that happened on the ground by somebody doing a physical act. It didn't happen in an office. Number two, IKEA had a culture where that idea somehow made its way to the people who could do something about it, namely the entrepreneur, the chief executive and so on.

So it's more where these ideas start and they don't necessarily start in executive suites but of course entrepreneurs are often on the ground.

A lot of companies can deal with size by just running themselves in small blocks. There is an auto parts company in Canada that doesn't like to go more than 100 people in any factory.

So that helps in pushing the ideas up?

Well, it also helps in in dealing with size because instead of dealing with 50,000 people you're dealing with 100 units of 500 people. A lot of companies have done that, e.g., Mondragon, the world's biggest worker co-operative.

Distilling your observations which span decades now, what do you think about the purpose of business in society?

Well, the purpose of business in society is the supply of goods and services for profit.

And one of my points in my book "Rebalancing Society" and what I'm writing about more and more is a business belongs in its place which is the marketplace and it needs to get out of the public space. We don't need pharmaceutical companies lobbying governments. We don't need globalization playing governments off against each other to lower taxes. These decisions should be made nationally and not through that kind of pressure. Countries have to get together and say, "Look you're not gonna push us around."

I adore business for what it does for me: which is to provide me with wonderful phones and cars and restaurants and everything else. That's what business is for.

So you would be with Milton Friedman in saying the purpose of business is business?

I hate to be in the same camp as Friedman. But in that respect, he was right. But Friedman would probably say that a pharmaceutical company lobbying the government to gain benefits from its patent protection or whatever is maximizing shareholder value and, therefore, is perfectly acceptable. I would be totally and utterly opposed to that. Business has no business, even for its own good, interfering in the political process. If a chief executive says to me, "I want to be socially responsible, what should I do?" I would say, "Get out of our government. It's my government. It's your government as an individual. But it's not your company's government. And it's not your money's government."

What about the role of leaders? What should it be? 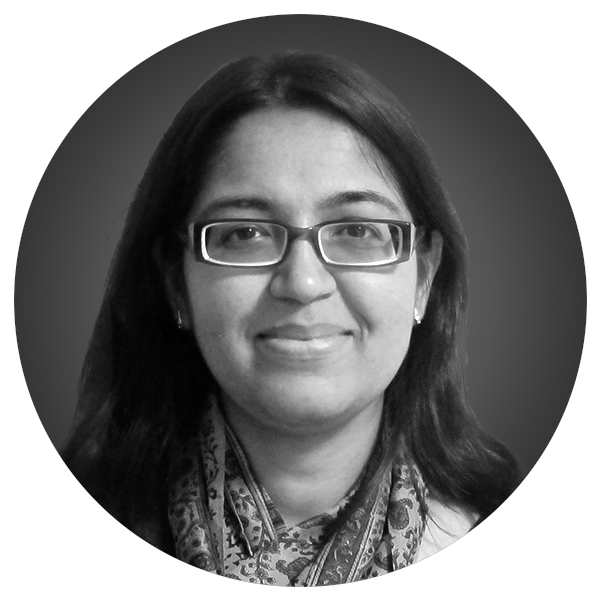 Neelima Mahajan
Neelima Mahajan is Editor-in-Chef of Think:Art magazine. She has been a business journalist for nearly two decades in various publications in India and China, including a stint in the founding team of Forbes magazine in India.
Further reading

Interview
The evolution of an innovation guru

Interview
Andrew Keen on how to fix the problems technology has created
Download our Think:Act magazine
Think:Act Magazine